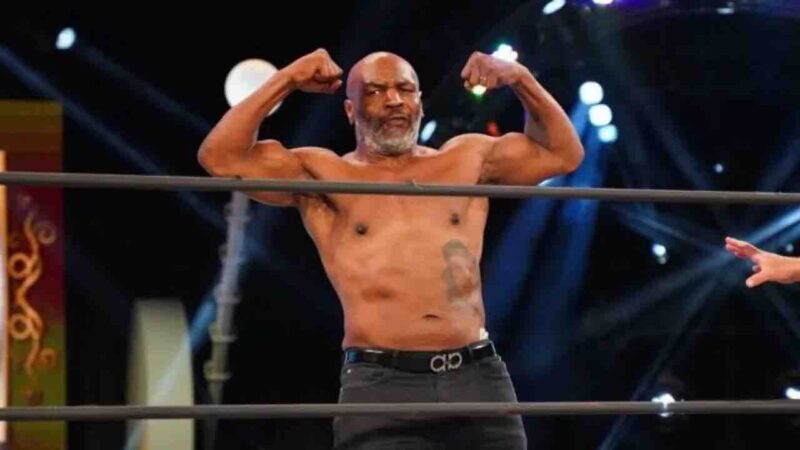 The legendary pro boxer Mike Tyson recently thanked UFC President on social media. ‘Iron Mike’ thanked him for ‘honoring’ their friendship and refusing to work with Hulu. Tyson revealed that UFC president was offered millions by Hulu to promote his biopic that Hulu made without any official collaboration with him.

Diaz noted Tyson’s message and joined the boxer in protesting against the media giant. On Twitter, the UFC superstar posted a screenshot showing the former boxing champ’s tirade, with the caption, “F*** you [Hulu].”

On Thursday, Tyson released a statement to Entertainment Tonight after the producer of documentary series MIKE claimed that Tyson couldn’t be involved in the project because of rights issues:

“[That’s] a flat out lie. My life rights option expired years ago. Hulu nor any of their supercilious team ever tried to engage in any negotiations with this Black man. In their eyes I am still just a n—-r on the auction block ready to be sold for their profit without any regard for my worth or my family,” Tyson wrote.

“They say this story is an exploration of a Black man. It’s more like an exploitation of a Black man. Hulu thinks their tracks are covered by hiring Black sacrificial lambs to play the part as frontmen for their backdoor robbery is appalling. I will always remember this blatant disregard of my dignity.”

It has been noted that Tyson is involved in another TV project based on his life starring Jamie Foxx. Hulu’s eight-episode miniseries titled Mike will premiere on August 25. I, Tonya screenwriter Steven Rogers created the series, with Karin Gist serving as a showrunner and executive producer. The show will feature Trevante Rhodes of Moonlight fame in the titular role.

Tyson previously slammed Hulu’s anecdote of his life story in a statement to The Hollywood Reporter, where he called it a “tone-deaf cultural misappropriation” and blamed the platform’s “corporate greed” for the decision. He also pointed out the irony of the show being announced during Black History Month.