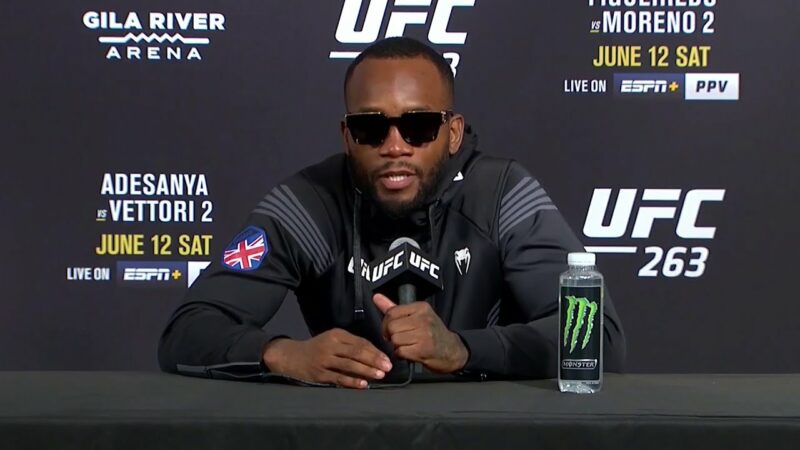 Kamaru Usman suffered a knockout loss against Leon Edwards at UFC 278. Usman was eyeing to make the sixth successful defense of his welterweight title as he dominated the majority of the fight. However, Edwards came up with a stunning high leg kick from nowhere to register a comeback win in the contest

During episode 1865 of The Joe Rogan Experience, the stand-up comedian added that even former UFC fighter Din Thomas thought that Edwards looked broken in the later rounds. Rogan stated that people had counted out Leon Edwards in his fight against Kamaru Usman before the Brit sealed the deal with the greatest come-from-behind head kick KO in history.:

“Yeah, that’s what a lot of people were saying [That Edwards had accepted a loss as his fate]… Din Thomas actually, who is the guy we go in to in between rounds, he is an expert coach, he said he [Edwards] is broken. You can see how he wasn’t looking at his coaches in the eye and he looked dejected. And he goes, ‘that’s what it looks like when you’re mentally broken.’ And then he went out there and landed the greatest head kick in the history of the sport.”

This was Kamaru Usman’s second career loss, first in the UFC, and the only knockout loss of his MMA career. The ‘Nigerian Nightmare’ has been undefeated for the past nine years, and his last loss before UFC 278 came against Jose Caceres in May 2013. We will see what is next for him.

You can also view Chael’s video below about how Leon cheated.