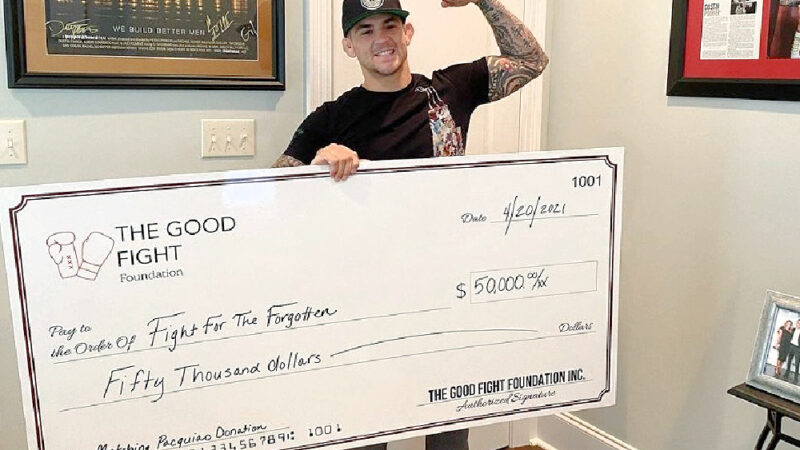 UFC Welterweight Contender Colby Covington recently made some bold claims that he used to dominate former teammate Dustin Poirier so much in training that he’d “leave the gym crying.”  The rivalry between Covington and Poirier, who used to train together at Florida’s American Top Team gym, has been continuing for several years now. It continues to grow with each social media exchange and interview, something that was evident when “Chaos” spoke with MMA News’ James Lynch.

During the interview, Covington spoke about a variety of topics, including his rivalry with former friend-turned-foe Jorge Masvidal, a potential clash with middleweight king Israel Adesanya, the downfall of former double champion Conor McGregor, and Jon Jones latest run-in with the law. Colby Covington also recently revealed truth about Jon Jones’ Wife.

The duo have consistently exchanged words, although the shots have certainly had more volume from one side. From releasing sparring footage in an attempt to target Poirier’s reputation to branding his wife a “Jezebel” and his child a “prop,” Covington certainly hasn’t held back.

Covington told MMA News that he experienced enough success against Poirier in the gym to not care if his foe hangs up the gloves without facing him. According to the 33-year-old, he used to “smack” the Louisianan around so much that he’d leave the gym in tears:

“I used to smack him around so many times in sparring back in the day. I mean, for years, smacking him. He’d literally leave the gym crying. He’d go to Make Brown, just crying, ‘I can’t beat him, why’s his cardio so good, why does he just keep punching me in the face, I can’t do it.’ I’ve had him literally leaving the gym more time than I can count on both hands. So I’ve already embarrassed him. He knows who daddy is. He knows who the real champ is. He knows who’s better. I wouldn’t care (if I never get to fight Poirier in the Octagon).”

Both Poirier and Covington are entering 2022 with a certain amount of uncertainty. While “Chaos” fell short of welterweight gold for the second time against Kamaru Usman in November, Poirier saw his own second undisputed championship opportunity end in heartbreak a month later. Covington’s match with Jorge Masvidal is also on the cards.