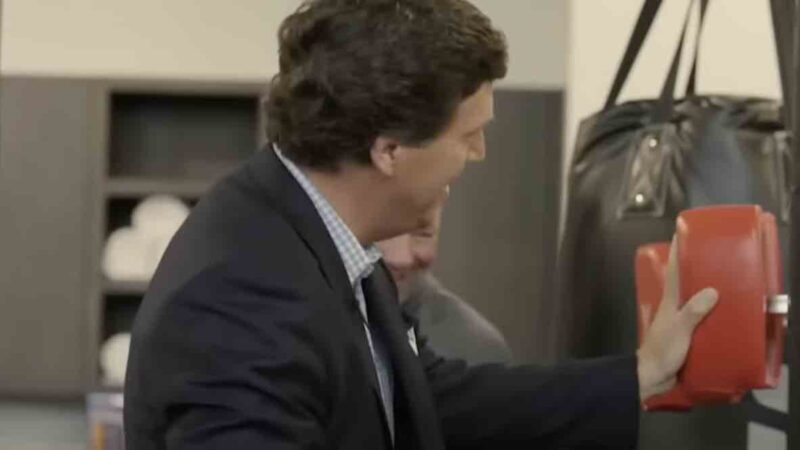 UFC President Dana White has recently disclosed a brand new exercise machine that has been in the works for a couple of years now. Tucker Carlson paid a visit to the UFC’s headquarters regarding a FOX News documentary on White and his company. Apart from various artifacts in his office, the UFC president also showed Carlson a machine that will seemingly help fighters train without needing anyone to hold pads.

It has been noted that the machine has pads for punches, kicks, and even mid-section knees with a screen at the center. As per White, when developed, the machine will have someone on the screen to guide fighters through the pad workout. The 53-year-old told Carlson:

“So that’s something we’ve been working on and developing. So you know, when you workout in the sport [demonstrates punches], you gotta get somebody to hold the pads for you. So we’re trying to figure out a way where these guys don’t need somebody to hold the pads. And you put on a guy in here [on the screen] telling you what to throw and what to do, kind of a workout. We’ve been developing this thing for a couple of years.”

He was further asked about his progress so far and here is what White said:

White also recently spoke about his life expectancy. While none can predict the time of death, 10X Health Systems has found a way to circumvent this limitation. In a recent appearance on episode 200 of The Action Junkeez Podcast, White revealed that Gary Brecka of 10X Health System gave him 10.4 years to live after analyzing the 53-year-old’s blood.