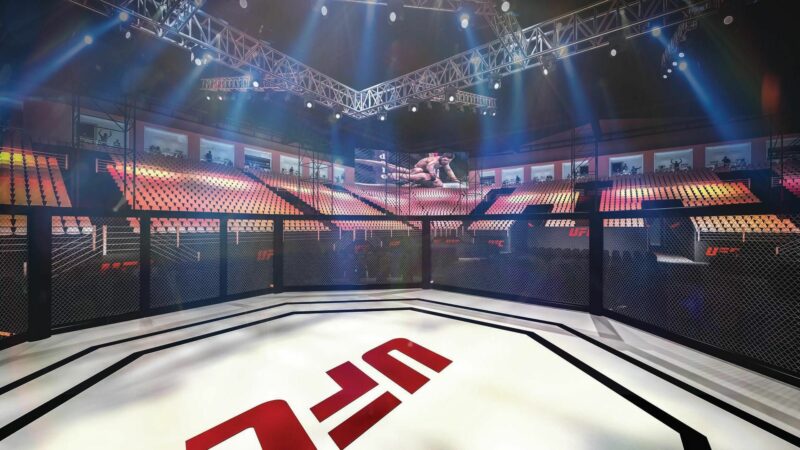 The world of MMA is a harsh and unforgiving one, as it is truly not for the weak of heart or body, as they have to take a lot of abuse and make countless sacrifices.

After working her way to getting signed by the UFC,in 2018, Leah Letson recently announced that she will be hanging up her gloves for good. The women’s featherweight contender cited severe health issues and falling out of love with the sport as the main reasons behind her decision.

In a post on Instagram, Letson penned an emotional message for her fans and outlined the challenges that she has faced over the past few years, which ultimately led to her decision to retire. She wrote:

“To everything there is a season, a time for every purpose under heaven,” -Ecclesiastes 3:1-2
It is with mixed emotions I am announcing my official #retirement from MMA. Although it is somewhat sad to say goodbye to the sport that has been a part of me for so long, it is something that I have been thinking about for a while, and know I need to do. I have accomplished what I set out to accomplish: I made it to the biggest #MMA stage in the world with the #UFC. I was even able to compete on The Ultimate Fighter show. At my peak, I was ranked #9 in the world and I am proud to have had a successful career. However, it is important to know when to hang it up. For me, that time is now.
When I first started the sport, I had such a strong passion and love for MMA that I was willing to do whatever it took to be successful. After years of over-training, under-eating and enduring emotional abuse, I developed such severe health issues that I almost died. It took 3 whole years of extreme dedication to my doctor’s orders and countless medical bills to get my health back on track. I was able to overcome and accomplish not just getting myself to a normal level of healthy again, but I was able to get myself back into fighting shape and endure an entire fight camp. It was at that point, I knew I was getting burned out on the sport, but I had to prove to myself and the world that I could do it. I did. After 3 years of struggling, I stepped into the cage with the former title contender and I held my own. Though it wasn’t the outcome I had hoped for, I was so proud of myself for overcoming huge mental and physical hurdles and #fighting again.
After that fight, I feel have nothing more to prove to myself, and most importantly, I simply don’t love fighting the way I used to. Fighting is just as much mental as it is physical; therefore, if you’re head isn’t in it anymore, fighting can be a real dangerous sport. I have no regrets. Martial Arts will always be a part of who I am, but I will no longer be fighting for a living.
I want to thank all of my dedicated fans that have supported me for so long. I hope that you continue to follow me and my story. I know God has great plans for me!