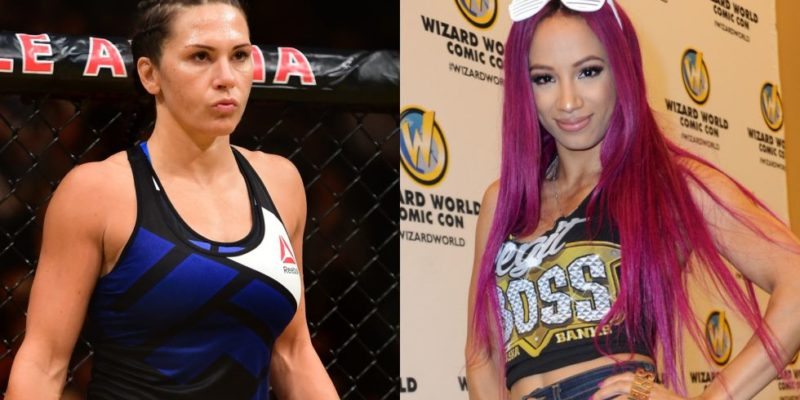 The “mixed martial arts is real and pro wrestling is fake” debate was drawn out again yesterday when 33-year-old jiu-jitsu purple belt Cat Zingano decided to respond to a Sasha Banks’ tweet promoting her Hell in a Cell PPV bout.

I'd bleed for it, give me winner if you're down for some realness. #catfight #alphacatzingano @ufc @wwe https://t.co/Z4Dzqw4iI8

Given the reaction from the pro wrestling community and its fans in the past, UFC Bantamweight Zingano, who is on a two-match losing streak, clearly thought this would be an easy way for some free publicity.

Banks’ nor any other wrestlers responded.