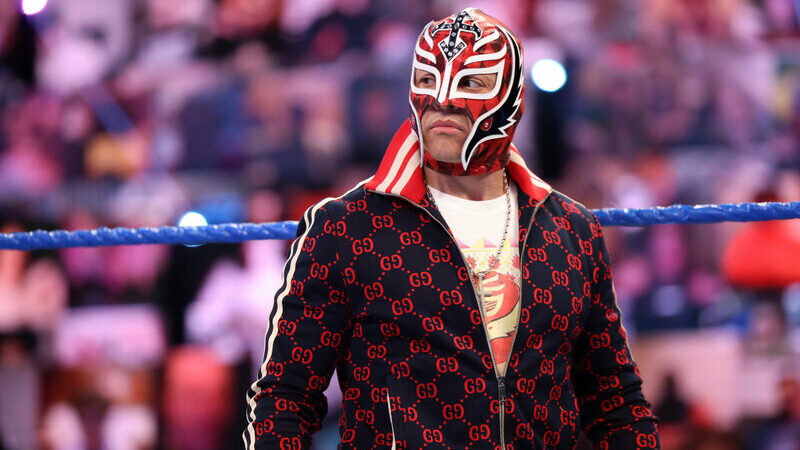 The wrestling business is full of tales of two wrestlers being friendly, poking fun or humiliating each other backstage. Rene Dupree was signed with the WWE at just 18 years old, and he continues to be the youngest talent to ever sign with the WWE.

In a recent Cafe de Rene YouTube Channel clip, he shared a funny incident that occurred backstage when Rey Mysterio tried to put on The Undertaker’s in-ring gear. You know the size difference between Rey Mysterio and The Undertaker. So thinking about it alone could give you a funny moment.

Rey has been in the mix of things as he had to fight his own son and didn’t want to do it. He decided to quit WWE, but instead, Triple H asked him to switch brands. He is now a part of the SmackDown roster while Baron Corbin with JBL is on the Raw brand.

Would you do the same as Rey if you were backstage and so was The Undertaker? Sound off in the comments.