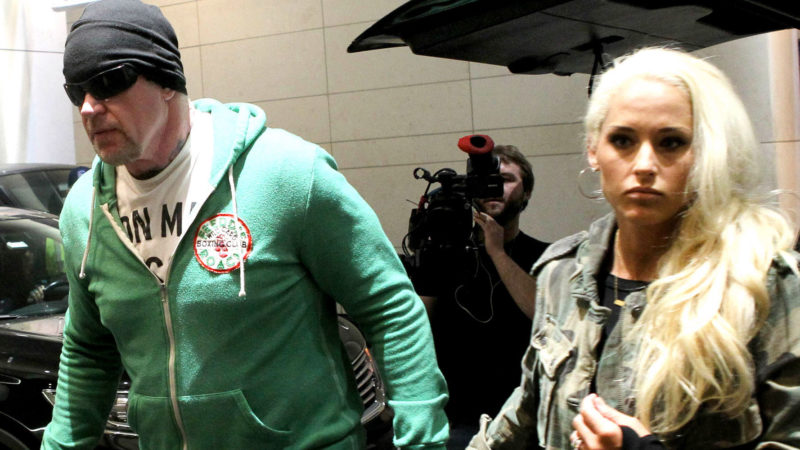 Undertaker is officially retired and so is his wife, Michelle McCool. It looks like the retirement photos for the couple have started rolling onto social media. Sting vs. Undertaker WrestleMania ‘Negotiations’ Leak.

Michelle McCool recently took to her Instagram to post up a photo of her and the softer side of The Deadman. The photo features the lovely couple overlooking a beautiful and vast scenery that features sand, the ocean, and the sunshine that they are seen soaking up.

The photo was also posted on a very special day, The Undertaker’s birthday. It looks like that the retirement life isn’t treating the two so badly. Both former WWE superstars are looking great as well as they are surely still focused on their fitness even if they aren’t in the ring year ’round throwing people in and out of the ring.

It should also be noted that this photo was posted after The Undertaker called up his ‘brother,’ Kane to announce to him that he will be inducted into this year’s Hall Of Fame. The heart-touching video led many of us with teary eyes and trembling lips as Kane was extremely grateful for the call from his ‘brother’ and Undertaker was happier than ever to be the one telling him what was going on.