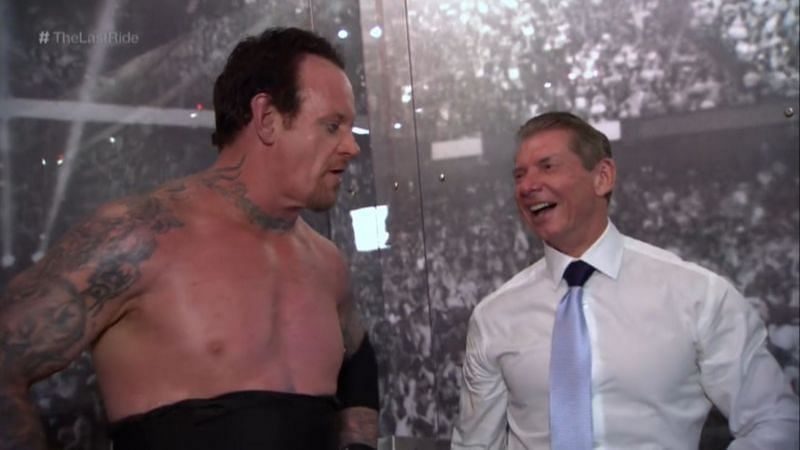 Undertaker responded to Triple H and Stephanie McMahon taking over WWE from Vince McMahon in a new ESPN interview, “They’re loosening the reins a little bit as far as what guys can say and do. I think the product will probably be a little more aggressive. I think that’s going to come through in the creative.”

“Those things are going to help because WWE is going to do it better than anybody else, and they don’t throw things away,” Undertaker said. “Hopefully, a lot of people there know how to rein things in and make things like that mean something instead of just doing it to do it.”

“I mean, he’s brilliant, he really is,” Taker said about Triple H. “I don’t think he gets enough credit for his wrestling acumen. I think he’ll be a huge asset to the development of a lot of guys.

John Laurinaitis has found himself in trouble after WWE recently confirmed in a press release that Vince McMahon stepped down from the positions of Chairman and CEO. McMahon was entailed in a controversial matter. The Wall Street Journal recently unveiled that WWE is investigating a secret $3 million settlement paid to a former employee of Mr. McMahon. The probe has also scooped several claims of misconduct from former employees toward The Chairman and top executive John Laurinaitis.

“I can’t say he ever pissed me off directly, face to face. He’s not the kind of guy to deal with you face-to-face. So I guess that kind of says something about him. But there are certain people you can tell talk a bigger game than what ends up being the truth, so you start questioning the validity and the integrity of some of these people. And when they’re in charge of talent, that’s not always a good thing.”

Rene Dupree added that he knows there are more stories out there in regards to the former EVP of Talent Relations:

“The stories that I know, that I’m not going to say publicly because I could get in trouble, this is just the f*cking tiny little tip of the iceberg, [compared to] the sh*t that I know of. So imagine the other sh*t that’s out there.”