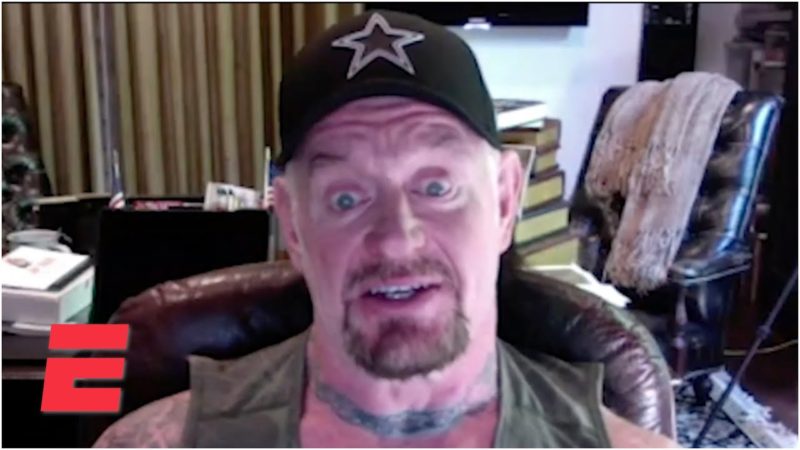 WWE Hall of Famer The Undertaker opened up on Stephanie McMahon taking up the interim CEO role in the absence of Vince McMahon.

The Undertaker shares his thoughts

Vince has also stepped down from his positions of CEO and Chairman. WWE recently confirmed in a press release that Vince McMahon stepped down from the positions of Chairman and CEO. It was recently announced that the former WWE Chief Brand Officer Stephanie McMahon would be taking up the duties as the interim WWE CEO And Chairwoman. Recently, in quite an interesting development from the Sports Business Journal, McMahon reached a settlement with former XFL commissioner Oliver Luck.

Speaking on SI.com’s Week in Wrestling, The Undertaker explained why the company is bound to thrive under the boss’ daughter. He highlighted her selfless nature and labeled her “incredible.” He also went on to state that Stephanie is very calm in this kind of situation:

“Stephanie is incredible, and she’s going to show that in this new role,” Calaway says. “She is level-headed, she sees the whole picture. Her steady, calm hand is exactly what is needed. There’s not a selfish bone in her body, but she’s all about business. She’s the right person for the job. I have 100% confidence about what Stephanie McMahon will do for the company.”

Vince McMahon, he has been entailed in a controversial matter. The Wall Street Journal recently unveiled that WWE is investigating a secret $3 million settlement paid to a former employee of Mr. McMahon. The probe has also scooped several claims of misconduct from former employees toward The Chairman and top executive John Laurinaitis. It is not known which member leaked the story. There are twelve people on the board. A video clip has surfaced on the internet which shows Vince McMahon alleged of sexual assault.