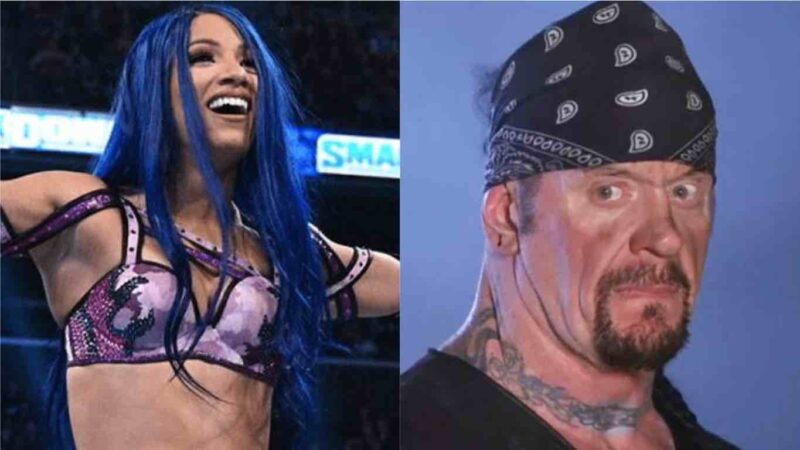 The Undertaker has been added to the C2E2 event, with Sasha Banks also making her first post-WWE appearance, as seen below.

Sasha Banks isn’t eligible to go to AEW until January 2023, when she can join the company’s top champions like Jon Moxley and Wardlow.

WWE Hall of Famer Goldberg had last competed at February’s Elimination Chamber Premium Live Event where he was defeated by Roman Reigns in roughly six minutes. Many fans speculated that it was the end of in-ring career for the legend. But that is not the case. He has been a dominant star inside the squared circle right from his days in WCW. His undefeated streak is one of the iconic feats in the industry. Over the years many stars have been drawn comparisons with the legend and recently, AEW star Wardlow is one of them. It seems the veteran stars is quite a fan of the promising AEW talent.

While speaking with Graham “GSM” Matthews of Bleacher Report, Goldberg talked about the comparisons between himself and Wardlow. Goldberg made it clear he feels it is an honor:

“I understand the comparisons. I’ve heard of him for sure. I’ve seen pictures of him. I haven’t seen him work that much. But, hey, man, more power to him. There needs to be more characters like that. There needs to be serious intensity out there. There’s people that slice meat and there’s people that eat meat and he needs to be eating meat — now Big E is going to come into it. But yeah, man , I don’t know. I’ve never read anything about a comparison from him and how he passes judgment on it. But at the end of the day, anybody that’s close to the top in their prospective business to be compared with myself. That’s an honor and a privilege.”

Goldberg is also likely to make his return. Among the many projects he’s been involved in during his latest absence from WWE TV is the latest episode of Biography: WWE Legends, dropping this Sunday, July 17, on A&E. The season’s second episode will cover the career of the multitime WCW and WWE world champion.