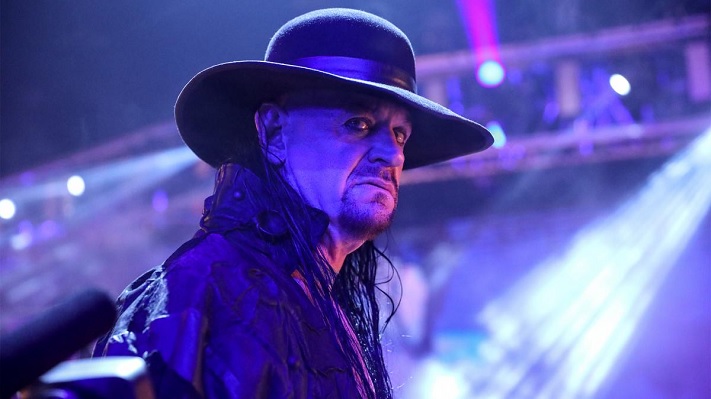 WWE Hall of Famer Trish Stratus recently opened up on the WWE icon, The Undertaker. She unfolded a different side of ‘The Phenom’ who always had a dark and frightening gimmick for fans. His character induced fear in his opponents and his entrances gave chills. However, that was all on-screen and in real life, Taker had been a locker room leader who was very supportive.

Trish Stratus reveals she received support from The Undertaker

Trish Stratus appeared on the latest edition of WWE’s The Bump where she explained that The Phenom was very supportive of the women’s division.

“It’s just he has always been a good friend, a good support,” said Stratus. He would take the time to watch the girls as we are kind of coming up and starting to do stuff in the ring and give us feedback and be like keep doing it. We used to feel like being under the radar a little bit. The girls were like we are gonna try and put a match together and set a slapping and do a catfight. And suddenly we started having matches that people cared about and he was always there to sort of tell us yeah keep doing it. He was always very supportive of the girls.”

Stratus had also reminisced the first time she met The Deadman. Here is what she said:

“You know the first time I met him I had not started with the WWE yet. I was there at a talk show that was part of like a press conference that would be a mainstream time slot in Canada. I met him and he knew me, oh you are Trish Stratus from the muscle magazine, from the fittest magazine. ‘I was like oh my god the undertaker knows me’. So that was kind of cool for me.”

Undertaker is set to be inducted into the 2022 Hall of Fame by WWE Chairman Vince McMahon himself. The WWE Hall of Fame ceremony is set to take place this Friday, April 1 at the American Airlines Center in Dallas.