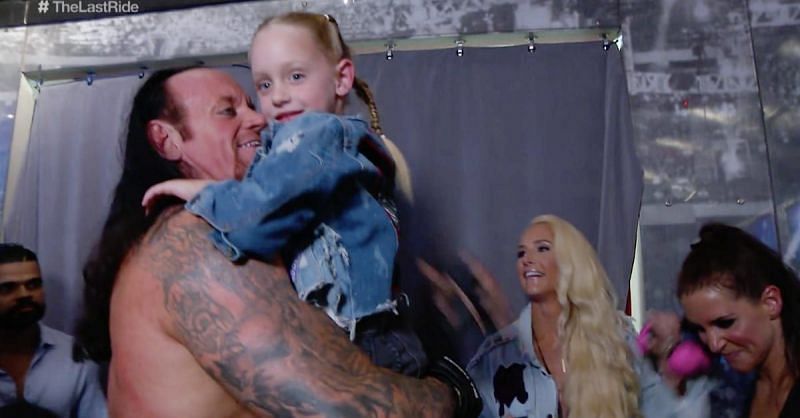 The former WWE writer Freddie Prinze Jr. recently recalled how a conversation with the former Divas Champion Michelle McCool did not go according to plan. The writer had a couple of separate stints with WWE. The “Scooby-Doo” actor used to work on the WWE Creative team and the major part of his job description was to pitch storylines for WWE stars.

During Wrestling With Freddie podcast, he recalled a story about how he was once approached with creating a storyline between Kharma and Beth Phoenix that was supposed to include a WrestleMania match for the Divas Championship. He further stated he approached Michelle McCool, who was the champion at the time, and informed her she’d be dropping her title at the Royal Rumble. Freddie then revealed that the conversation didn’t end well.

“I am a complete rookie, I have no idea the politics of it, Michelle never came to the promo class so I didn’t really know Michelle at all. I start pitching it to her, what it was gonna be, which, it wasn’t right on my part. I explain to her that the suggestion is that she drops the title at the Royal Rumble … and her face just goes pale, all the color just drops right out of her, literally right out of her skin … her eyes well up.

“I said, ‘Yeah, I was asked to make Kia Stevens (Awesome Kong) and Beth Phoenix for WrestleMania, and this was the best way I thought we could get there, is there a problem?’ She’s not here to give her side of the story, so I am not going to say all the stuff that she said, but she was upset, in hindsight, rightfully so.”

It has been noted that the WrestleMania match that was pitched, never materialized and Freddie said he even came up with pitch to make it a triple-threat between Beth, Kharma, and McCool. However, that did not take place as well.