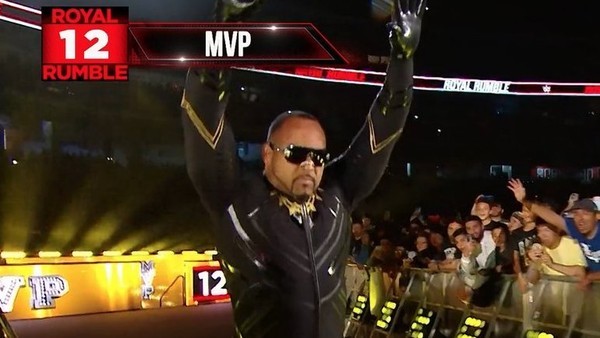 Last night’s Royal Rumble event made a lot of headlines and received praise from fans for moments like the return of the former World Champion Edge.

Though while Edge’s return is what made the most buzz, there were other names who made a surprise appearance on the show including the former US Champion MVP.

Dave Meltzer of the Wrestling Observer recently talked about MVP’s return last night and he revealed that the former Champion will be sticking around the company.

While it doesn’t seem like he will have a long run, Meltzer revealed that MVP will be making a few appearances for the company in near future after his comeback at the show.

MVP commented on his return last night via an Instagram post. In the post as seen below, he dedicated his appearance to his son and also thanked Rey Mysterio:

If you will indulge me in a moment of pure, unapologetic selfishness, tonight wasn't for me, or for any of YOU. Tonight was for this. For my Lil Dude. Thank you Rey. I love you bro! #royalrumble2020