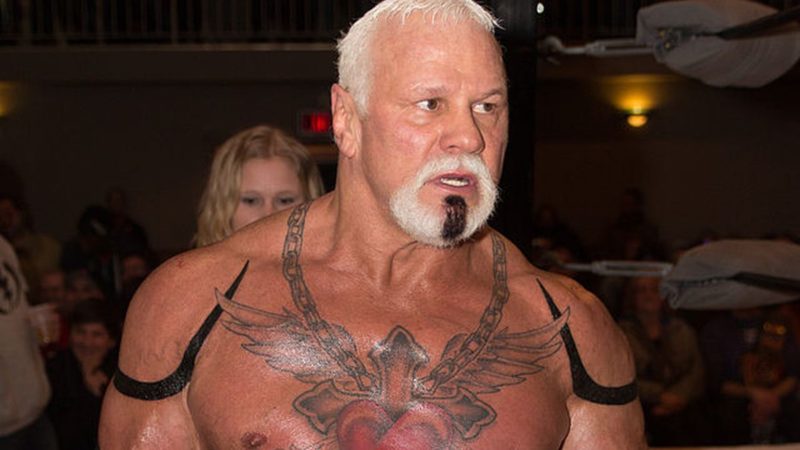 Scott Steiner performed at the Atlanta, Georgia Impact Wrestling event on Friday night. Following his appearance, he apparently collapsed in the locker room and was immediately rushed to the hospital.

According to a report by Brad Shepard, Scott Steiner’s condition was apparently very serious. It was a “legitimate life and death situation.”

He then reported Steiner’s current condition is that he is stable and will be making a full recovery.

Update: A source indicated Scott Steiner is now stable and expected to recover from what was a legitimate life and death situation. I’m told he stopped breathing at one point and they had to shock his heart. Credit to a quick response by on location medical personnel.

Scott D’Amore, who was with Steiner at the hospital confirmed his condition improved and thanked fans for their concern.

For all concerned parties @ScottSteiner is OK.
His family is grateful for everybody’s concern and support.

It is certainly good news that he has managed to recover and luckily, he received the proper medical attention in time. We hope he does not have a similar incident in the future.