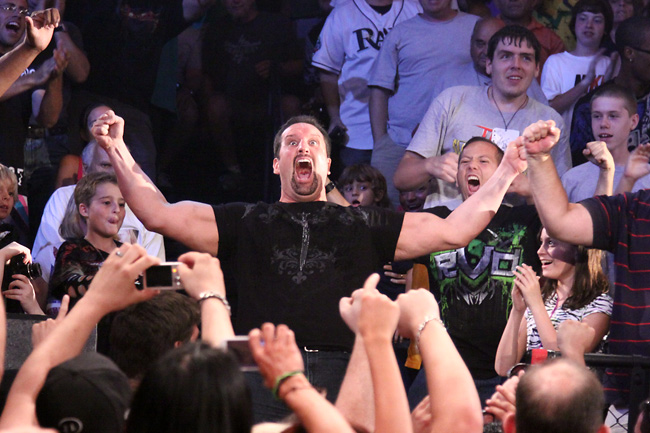 – Tommy Dreamer is expected to be around in WWE for a short period of time. He has yet to sign a full-time contract with WWE. It’s being speculated that Dreamer will be on WWE television until the Wyatt Family – Dudley Boyz program is over.

– WWE will be returning to Pittsburgh on March 14th, 2016 for a Monday Night RAW TV taping. Pre-sale tickets are available via Ticketmaster.com.

– WWE sent an email survey out to its WWE Fan Council questioning them on the current state of RAW.

Some of the questions included asking the fan when he/she watches Raw when he/she changes the channel during Raw, and whether or not channel changing takes place during talking segments, matches, etc.