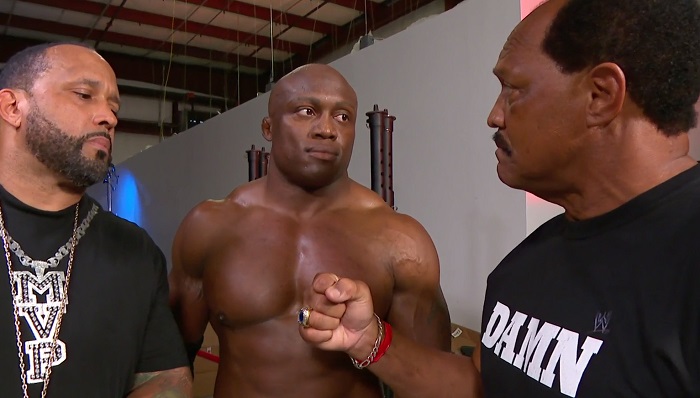 Nation of Domination 2.0 coming to WWE?

It looks like there may, in fact, be a new modern-day “Nation Of Domination” faction in-the-works in WWE.

In a follow-up to a previous post about WWE planning to bring back a revamped Nation of Domination, apart from Ron Simmons (who appeared on camera last week on Raw), the company was/is also going to use Mark Henry in the stable.

It’s unclear if the idea is going to go ahead this week or sometime in the future as there were many people within WWE who wanted this program nixed given the current real life scenarios playing out in the world.

As seen on recent weeks, MVP appears to be organizing the early stages of putting together a faction that could presumably include Bobby Lashley, Shelton Benjamin, Apollo and others.

We will keep you posted here at Wrestling-Edge.com as updates surface regarding a new Nation Of Domination faction in WWE.