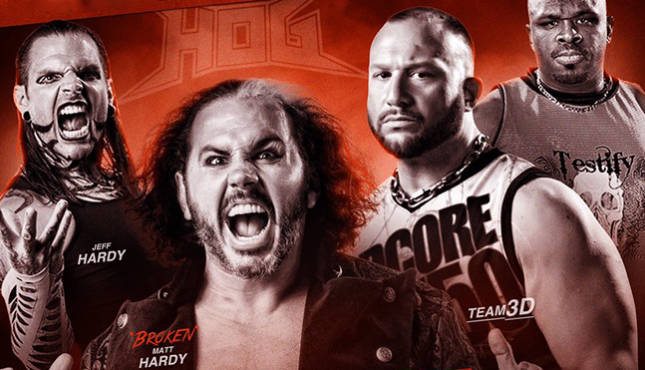 – According to a report from PWInsider, James Ellsworth is booked for tonight’s SmackDown Live event in Green Bay. He may get involved in the AJ Styles vs. Dean Ambrose match-up set to go down.

– The House of Glory’s 6th anniversary show on December 17th in New York City may have just gotten a whole lot bigger, as The Hardys and Dudley Boyz have been teasing a possible clash at the event on Twitter:

Oh yea… we went there…

– It appears as though security at last night’s RAW were confiscating Curtis Axel signs in his hometown of Minneapolis. Some fans took to Twitter to protest:

At home. Great night tonight in #WWEMinneapolis! I find it bizarre when I heard @WWE was confiscating Axel signs at ringside! #Skol

@WWE JUST TOOK MY SIGN BUT THATS OK @RealCurtisAxel should be the Champion and always will be!!

WHY ARE AXEL SIGNS BEING TAKEN AWAY!?! #RAWTonight