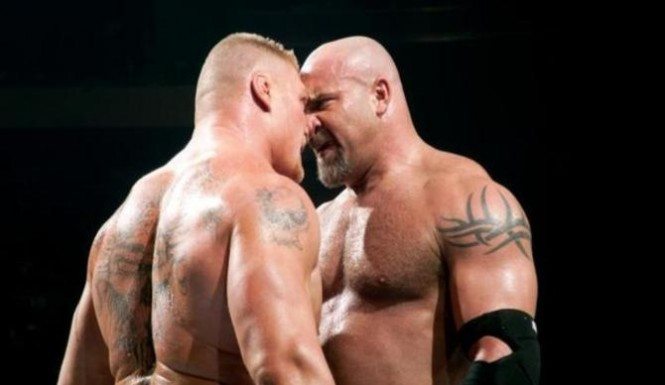 Although Bill Goldberg’s latest interview on ESPN did not mention any reference to a WWE return against Brock Lesnar, Dave Meltzer of The Wrestling Observer is still reporting that the match between the two men is still scheduled for the Survivor Series pay-per-view (PPV) next month.

WWE Hall Of Famer Jim Ross also confirmed that his sources in the WWE confirmed the match with him as well. The story is that Vince McMahon has had the match booked for some time now but isn’t too hot about the idea, and there are still some negative feelings towards Goldberg  backstage.

Lesnar’s current plans for Wrestlemania is reportedly a match with SmackDown Live Commissioner Shane McMahon, and the WWE are not willing to change those plans for Goldberg as this is viewed as a one-off appearance to promote WWE 2K17.