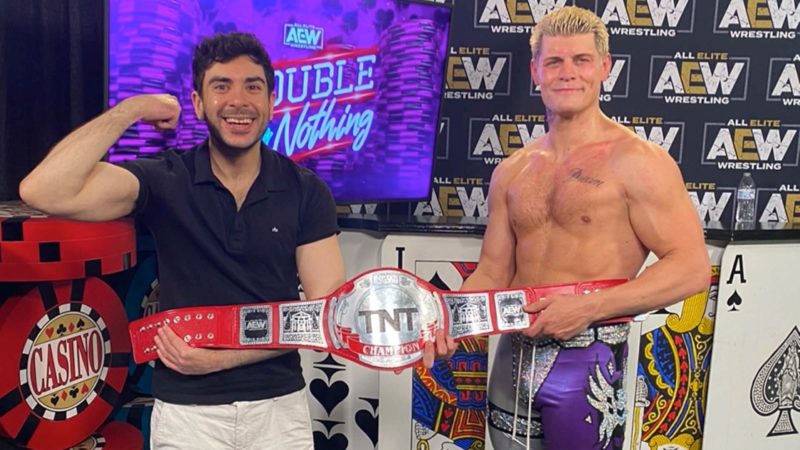 Back at Double or Nothing, Cody Rhodes defeated Lance Archer to capture the TNT Championship. However, AEW faced a bit of a backlash from fans when the belt was revealed. Some compared it to the WWE Universal Championship and claimed it lacked the finish of a prestigious belt.

AEW would later state that the belt was unfinished, and would debut the completed championship later on in the summer. Near the end of July, Cody stated that it would be presented on August 12th.

Earlier today, it was announced that Cody Rhodes would debut the new championship during his title match with Scorpio Sky. However, fans were able to feast their eyes on the title hours before AEW Dynamite took place.

#TNTChamp @CodyRhodes just a few hours away from his title defense against @ScorpioSky, and he gets a surprise from @RefTurnerAEW

AEW introduced the updated TNT Championship to Cody Rhodes during a photoshoot. However, if Scorpio Sky has his way tonight, Rhodes will only have held the actual TNT Championship for less than a day.