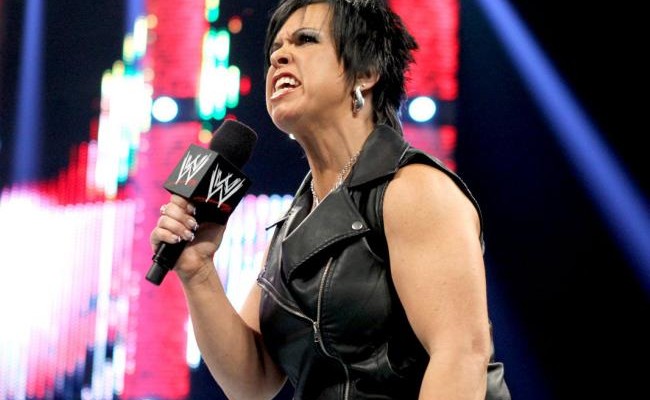 Former WWE SmackDown General Manager Vickie Guerrero recently spoke to PressBox. You can check out some highlights from their conversation here:

On who she’d want to induct her into the Hall Of Fame:

“One of them would have to be Tamina [Snuka]. She was my road partner. We still talk at least twice a month to catch up. I truly have a special friendship with her. She was there for a lot things I was going through in my personal life, and I was there for hers. The other person would be Johnny Ace, because he was the one who helped me with my contracts and helped me to know that this was going to work. He had faith in me and was a big part of my career. Of course, I would be honored if Vince was there to say a few words because he had a lot to do with this, too.”

On working with Vince McMahon:

“He’s always been great and supportive. I’m a Vince girl. We had a personal relationship before I ever started working there because he and Eddie were very close when Eddie was there. I got to know the McMahon family as a wife. After Eddie’s passing, Vince and I got even closer. He helped me with the funeral and a lot of things. When I started working for WWE, Vince guided my character and gave me a lot of advice. Whenever he had an idea — like having Rey Mysterio do the West Coast Pop off the ropes onto me when I was sitting in a wheelchair or The Undertaker giving me a Tombstone — he always made sure I was OK with it. He had the guys show me how to do certain things and how to land because I wasn’t trained for that. I’ll always be grateful for what he did for me because he saw something in me that I never thought I could do.”

On why she decided to leave WWE:

“The first eight years there were really busy. I worked with Edge and Dolph Ziggler and then with the McMahons in the general manager roles, but the last couple years I found myself in the locker room at TV doing homework rather than being used on the show. I started wondering if it was the end of my run. I never wanted to be released and always wanted to leave on my own terms. I didn’t want to be one of those talents who just stays there and doesn’t really have anything to do; I wanted to be productive. So I went to Vince in 2013 and told him I was contemplating leaving, and he said they could still use me, and they did. But he said, ‘If you want to leave, just give me the time frame that you want to put your notice in,’ and I said, ‘Thank you so much.'”