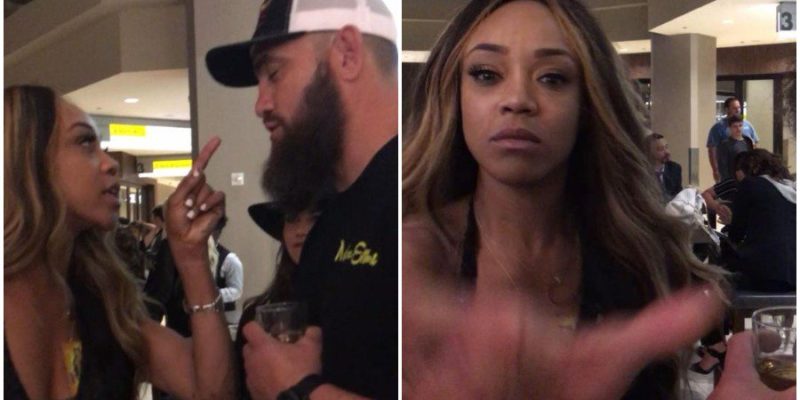 In a strange turn of events, former WWE Women’s Champion Alicia Fox has been captured on video arguing with Ronda Rousey’s husband ahead of WrestleMania 34 tonight.

Fox was seen arguing with Travis Browne in the lobby at the Hyatt Regency Hotel in New Orleans – she swore at him and then reached for the camera to try and prevent any further filming of the incident.

The UFC heavyweight was branded as ‘rude’ and it’s unclear what caused the confrontation at this point.

Fox is unlikely to feature in tonight’s WrestleMania pay-per-view and has been sidelined with a tailbone injury since January.