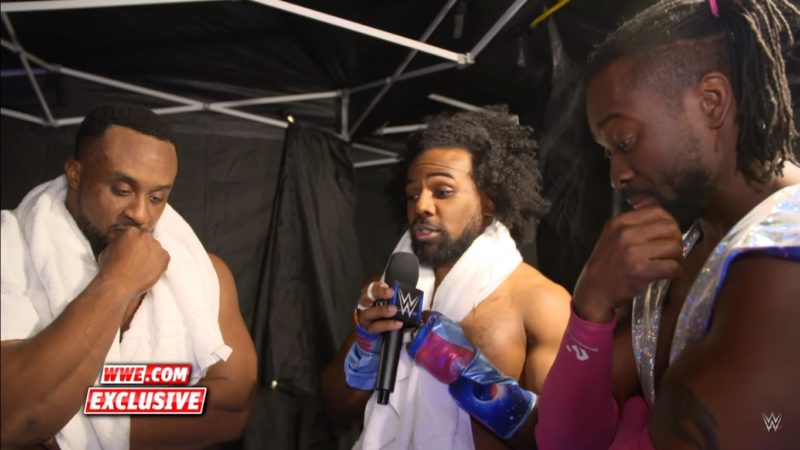 This trio was interviewed backstage after this victory and during the talk, the New Day members shared some very emotional moments with each other.

Kofi was the first to talk. He said that Big E and Woods’ work is the epitome of the brotherhood in the New Day and that he is thankful to both of them.

Woods then said that Kofi doesn’t need to thank them. The three then recalled their early days as a team and how far they have come since then.

Overall the interview is led by real emotions and it’s a great example of why people have been able to connect with this storyline in such a short time: