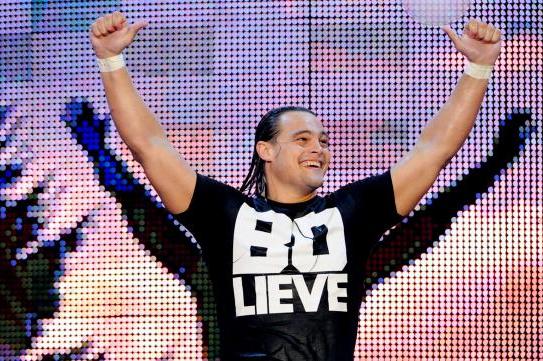 – In the video above, Sam Roberts talks with Bo Dallas at the WWE Performance Center recently. Bo says he didn’t know he was in the WWE 2K15 video game until the MyCareer mode media day at the Performance Center.

Bo also said he currently has his eye on the WWE Intercontinental Title.

– Roberts also spoke with Cesaro at the WWE Performance Center, as seen above. Cesaro talked about choosing to wrestle with body hair because he’s a real man. Cesaro also talks about the video game, how he dresses and more.