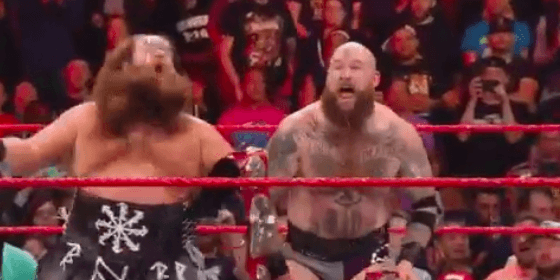 As seen on this week’s episode of Monday Night RAW, Dolph Ziggler and Bobby Roode defended their RAW Tag Team titles against the Viking Raiders. The challengers had defeated the champions last week on RAW in a non-title match to earn a shot at gold this week.

All four Superstars were firing on all cylinders in an amazing match-up that had the crowd at the edge of their seats. However, after a lot of obstacles, the challengers hit their finish – The Viking Experience to get the victory and the gold.

The Raid will continue on Monday Night RAW with Erik and Ivar at the top of the red show’s tag team division.