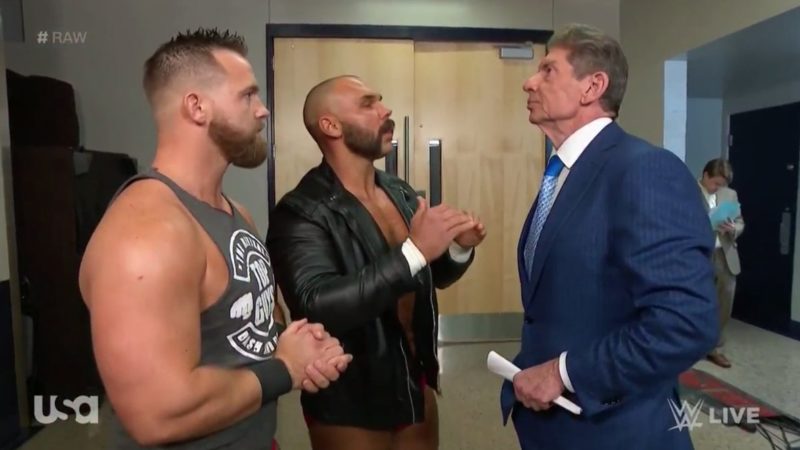 Vince McMahon has the last word in everything that goes on in WWE. However, he cannot approve an idea from the wrestlers or creative unless he is made aware of it in the first place.

Dax Harwood of FTR spoke to Inside The Ropes, where he talked about FTR’s final meeting with Vince McMahon. He revealed that Vince McMahon apparently apologized to them for WWE’s broken system.

He revealed that WWE writers were too scared to tell FTR’s ideas to Vince McMahon. Due to this, McMahon apologized to the two during their last meeting.

“We talked with Vince. Our last meeting with Vince he apologized because we had been sending all these pitches in and he had never seen them because the writers were too afraid to approach him with different ideas and he apologized for the system being broken.”

FTR are currently working in All Elite Wrestling, but they have yet to sign a contract with the promotion.  Harwood revealed the two are not quite sure whether AEW will be their ”forever home.” They simply want to explore as many options as they can.

”We didn’t know if AEW was going to be our home and we’re still not 100% sure if this is going to be our forever home, but we knew for a while that we had to get out of WWE. They treated us very well monetarily. I got to take care of my family through everything WWE gave us. But I think that myself and Cash knew that if we wanted to leave the legacy that we had in mind, we needed to get out of the WWE. We haven’t officially signed anything long term yet because we’re just excited to have these opportunities. We have these choices and these options that we weren’t always sure we were going to have. We had 6 great years [in WWE]. For a while now we knew AEW had a tag division that we had to be a part of at some point. There’s too many good teams and talent there for us to not want to be there.”