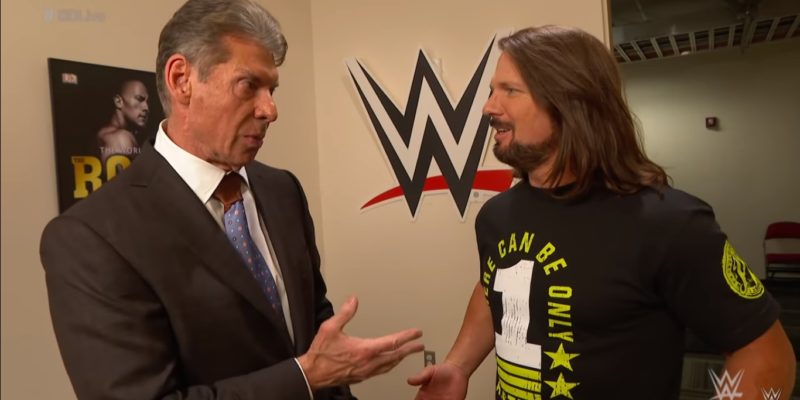 With it being the Royal Rumble go-home episode of SmackDown Live, WWE is stacking up the card for this week’s episode of the show with some nice matches and segments.

We noted before how the company announced a number of matches for the upcoming episode of the Blue Branded show and now they have confirmed a very interesting segment for the event.

This segment will see the Boss Vince McMahon returning to WWE programming and moderating a face to face confrontation between AJ Styles and Daniel Bryan.

This angle will obviously be used to build up the final hype for the WWE Championship match between Styles and Bryan at the upcoming Royal Rumble match.

However, it’s might also serve as the next chapter for the ongoing storyline between McMahon and AJ and it’ll be interesting to see how Vince’s presence affects the former WWE Champion.