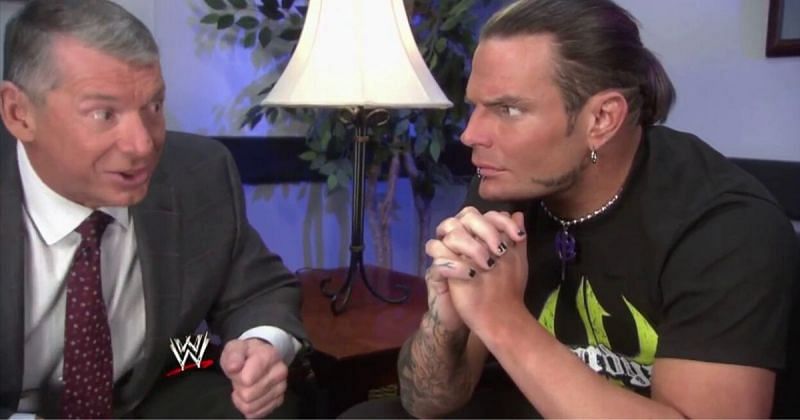 AEW star Matt Hardy is a veteran in the industry. He recently revealed his initial paycheck that he received when he first signed with WWE.

Matt Hardy opens up on his first salary

Matt had inked a full-time deal with the Stamford-based promotion in 1998. He and his brother, Jeff Hardy, were an integral part of the Attitude era and are regarded as one of the greatest tag-teams in the history of pro wrestling. The duo captured multiple time tag championships during their time in the company.

Speaking on his Extreme Life of Matt Hardy podcast, the 47-year-old explained that he and Jeff Hardy initially signed a three-year contract with WWE. The contracts in those days were no match for the ones of today. However, Matt was elated to get what he was promised during the early days:

“Yes, our developmental bills, initially in the beginning were $300 a week and then you would get $300 If you wrestled a match. That was our developmental deal, and we’d signed it for three years initially. So just considering that we’re getting $300 every single week coming to our house, we were ecstatic as you can imagine, I mean, those contracts, they were the smallest contracts, obviously there but like we were just excited to get our feet in the water.”

During the same interview, Matt recalled that Christian was delighted to watch Jeff slip off the top rope during their bouts. He revealed that fellow AEW star and his former rival in WWE, Christian Cage was jealous of them back in the day:

“Whenever Jeff slipped off the top rope, he said he cheered in his house because he was so mad that we got contracts, and he did. He cheered for Jeff’s Jeff’s destruction, which is a funny story that we still share all the time now, and eventually, he got signed and we all ended up being okay.”

“We ended up being best frenemies, but that’s a very funny but true story. He was very envious of Jeff and I when we first signed and he cheered when Jeff slipped off the top rope from a moonsault body block to the floor.”

Hardy recently worked a segment with Christian and ended up getting assaulted on AEW Dynamite.