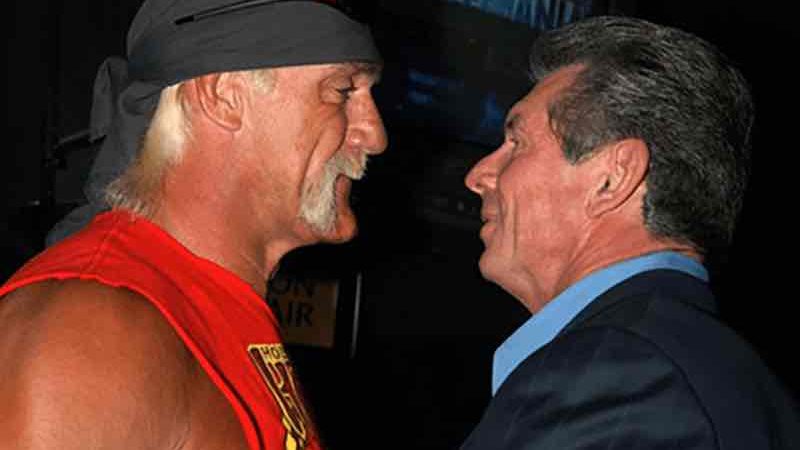 Vince McMahon needs his talent to be A1 at all times. If you aren’t bringing your absolute best to the table, don’t even bother to step foot in Vince McMahon’s path. No exception to this rule is Hulk Hogan. Vince McMahon Reacted To Matt Riddle’s ‘Botch’ Recently.

Everything in his personal life aside, Hulk Hogan is speaking out about what Vince McMahon told him upon his return to the WWE just about twenty years ago when he faced The Rock at Wrestlemania.

Hogan had the following to say: “Vince McMahon said, ‘You know, I want you to wrestle The Rock and things are different now, Terry. So if you’re going to come back and wrestle The Rock, you better bring it.’ I said, ‘Okay, I’ll bring it.’ It was kind of weird because Pat Patterson, Vince McMahon, they hadn’t seen me wrestle in so long that they set up a ring down in Miami. When I went down to Miami, The Rock was there, Pat Patterson, Rocky Johnson, The Rock’s father, was there.”

Now, this isn’t it. We know that Hogan is one of Vince’s golden boys. How do we know? Well, Vince even set a private jet for his ring gear!

Hogan revealed: “”My hand was forced. And truth be told, I almost missed the Monday Night RAW in Montreal. For whatever reason, if you go back and listen to the crowd, it was 50-50, but as the match wore on, if you really listen to who they were cheering for, it gets a little sketchy. I came out of the ring and Vince goes, ‘Where’s your red and yellow stuff?’ I said, ‘I don’t have it with me.’ I said, ‘It’s in Tampa,’ and he goes, ‘I’m sending somebody to get it.’ I said, ‘No, you’ll never find it. I’ve got this crazy 22,000 sq. ft. house, it’s packed away, and plus the stuff I need, I got specific (stuff), you just can’t grab a pair of yellow boots and tights and a headband. There’s stuff that fits me right and doesn’t fit me right.”