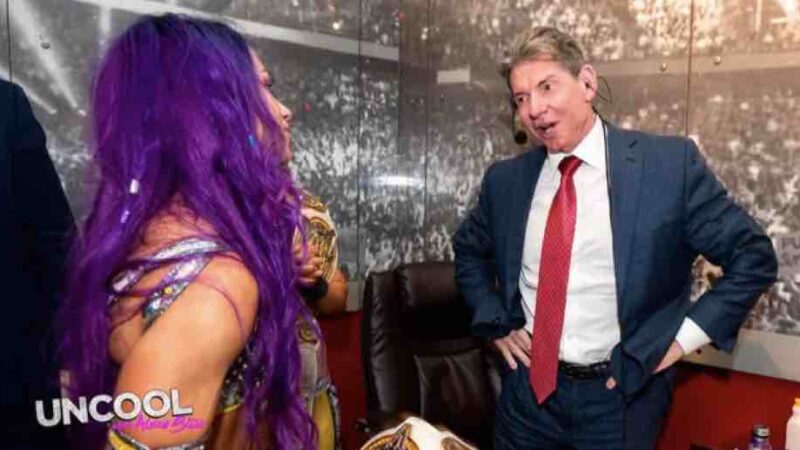 
Naomi and Sasha Banks were scheduled to be a part of a six-pack challenge on the May 16 episode of RAW. The match was to feature Naomi, Sasha, Asuka, Becky Lynch, Nikki A.S.H., and Doudrop. The winner was to get a shot at Bianca Belair‘s Raw Women’s Championship. The main event was altered as Asuka defeated Lynch in a singles match.

Graves, who commentates on RAW, revealed on his After The Bell podcast that he shared a joke with the WWE Chairman when he returned backstage.

“There was a few weeks back, and you’ll know what I’m alluding to, when things changed in a very drastic manner on Monday Night RAW,” Graves said. “And I walked back through the curtain and I walked up to our fearless leader, and he had a grin on his face. ‘Hey, it’s live TV, nothing can go wrong, right?’ And he just laughed and shook my hand and went about his business.”

Graves and Michael Cole received heavy criticism for their comments on air in regards to the recent RAW walkout involving Sasha Banks and Naomi. The comments grabbed attention of the fans online. However, the former WWE commentator Renee Paquette (known as Renee Young in WWE) had backed both Corey Graves and Michael Cole following recent comments they made on air. Michael Cole proclaimed to the WWE Universe that Sasha Banks and Naomi have let their fans down. While, Corey had labeled the tag-team as “unprofessional.”