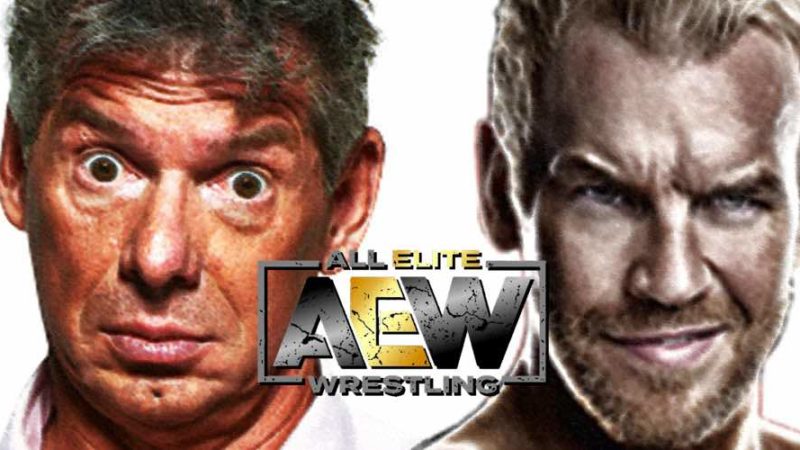 Christian Cage has debuted at AEW Revolution. Let me start off by saying that my prediction for Christian was wrong. I’m really glad that it was too. Christian is in AEW and I couldn’t be happier. I’m sure I share that sentiment with many readers here as well.

Vince McMahon is very cunning. I’ve never met the man, but he seems like he loves a good burial.

Captain Charisma, Christian Cage is absolutely no exception. Even after all he has been through with Vince McMahon and company.

Now, this was no usual pro-wrestling rib that Vince wanted to pull on Christian. This was far past a joke. Vince was actually bothered by Christan’s face that he had to do this…

Via former WWE lead writer, Alex Greenfield, we had the following scoop years ago that reveals why Vince would bury Christian creatively: “Right before I started, there was a big show, I think it might have been in Toronto. Christian was just so completely over, and everybody thought he was going to get a push at, I think it was the World Heavyweight Championship at that point.”

Alex continues: “We were on the plane one time shortly after I started, and Vince was just like ‘God damn, I just don’t like his face. His face really bothers me.’ I was like, ‘He’s ugly, Vince?’ ‘No, it’s not that he’s ugly, it’s just, I don’t know, it’s ratty! You know what we should do? That Kennedy gimmick.’ And we’re all like, ‘What?’ Some see-on of the Kennedy fortune I guess got arrested for rape in the 1990s at some point.”

Alex Greenfield: “When the woman who was accusing him was on the stand, all of the networks put a blue dot over her face. Vince was like, ‘God damn, you know what we should do? We should put a blue dot over his face whenever he comes out.’ It was the flight to Sheffield, England, also the flight where the Spirit Squad idea was invented. This was a whole flight of bad ideas.”

The entire rib was actually spoken about on WWE a few years ago as well by JBL to Christian. It’s pretty sad. Check this Reddit link out for the details.

Welcome to AEW, Christian. You’ll get the respect you’ve deserved for years.