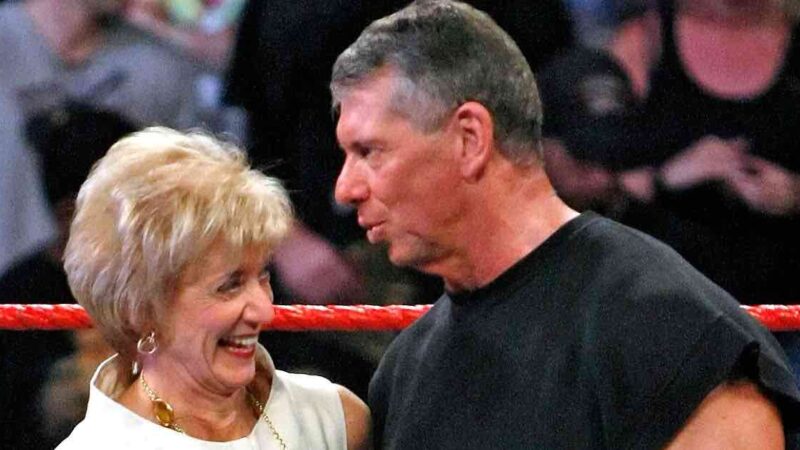 Ric Flair is one of the greatest stars of pro wrestling. His shares a cordial relationship with Vince McMahon. ‘The Nature Boy’ is a record 16-time World Champion and Vince played a major role in his career. Flair will have his last match for Jim Crocket Promotions on July 31. ‘The Nature Boy’ is set to team up with his son-in-law, AEW star Andrade El Idolo to take on Jay Lethal and WWE’s Jeff Jarrett at the Starrcast show. It seems the legendary star wants Vince to make his presence felt at the show.

During his “To Be The Man” podcast, Flair revealed that he’s trying to get McMahon to appear in Nashville for his final match. A roast for the pro wrestling veteran was also announced for the show. ‘The Nature Boy’ said he wants the former CEO to roast him:

“I’m trying to get [Vince] to come to Nashville now. I want him to roast me. He certainly has in real life enough! ‘Hey, these heels don’t draw, you stupid son of a bitch. Don’t ever bring a lawyer to see me. I don’t like lawyers. Who are these two jackoffs?’”

When asked about McMahon’s sudden retirement, Flair stated that he wasn’t a fan of how the whole thing went down. He called McMahon a “genius” and said he had “nothing but respect for him.” It seems that these two legendary names in wrestling will have their careers end in the same week.

Vince McMahon grabbed the headlines when he announced his retirement at 77. He announced that he is retiring from his roles as Chairman and CEO of WWE. It was later clarified that he was also done with his work on creative. As of now Stephanie McMahon and Nick Khan are Co-CEOs of WWE, while Triple H is EVP of Talent Relations and Head of Creative. It turns out WWE Hall of Famer Ric Flair was not happy to hear about it.