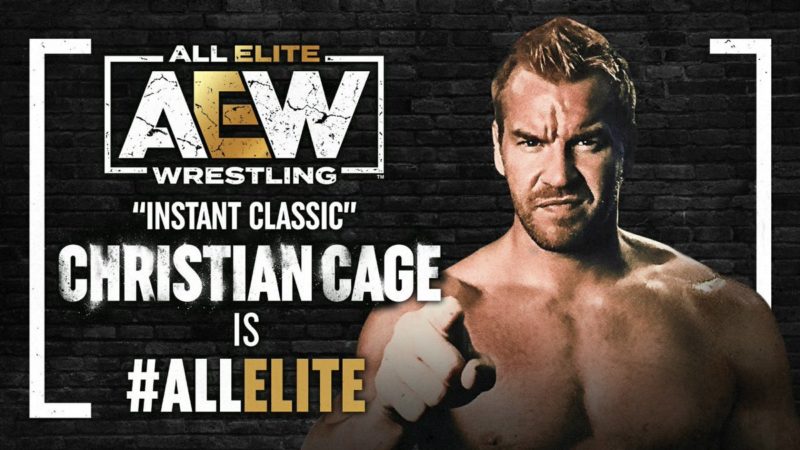 Christian’s AEW debut had an announcer botch but went over well, and led to interesting WWE management reactions from head honchos like Vince McMahon, FightfulSelect.com reported, “Higher ups in WWE told Fightful that Christian not being referenced on WWE TV wasn’t a coincidence and that while they were let down that Christian made the move, it was on the company for not having a contract locked down. One talent we heard back from spoke highly of Christian as a person, and said that if it makes him happy, they’re happy for him.”

‘The Big Show’ Paul Wight signing to AEW last week sent shockwaves across the pro wrestling world. He made two appearances so far in AEW and is expected to be regularly working as part of the commentary team on AEW Dark: Elevated. Apart from that, he also is able to compete inside the squared circle.

The announcement of him signing with AEW led to a lot of reactions from fellow colleagues and that includes WWE Chairman Vince McMahon. During the media call after the end of AEW Revolution, Paul Wight revealed that he was contacted by Vince McMahon right after his AEW announcement.

Paul Wight then revealed what Vince McMahon told him.

“Here’s the thing, Vince actually called me the day it was announced that I signed with AEW, wished me a lot of luck, agreed that I’m a big asset to AEW and thanked me for all the years I worked in WWE. There’s no animosity, there’s no anger, there’s no dirt, so to speak. This just came down to, you know, contract negotiations and opportunities. Let’s face it, over 20 years in WWE, I have done everything there is to do, in WWE. I needed a fresh start, and for me, Vince understands that and understands me as a talent, and this was an opportunity for me to do that.”