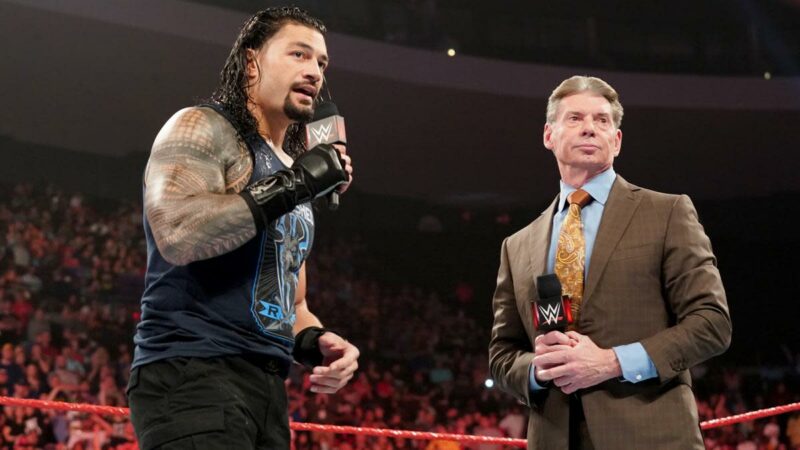 Roman Reigns revealed that Vince McMahon sent him a personal message after he took his retirement from WWE on July 22, 2022.

Talking to Sports Illustrated (via WrestlingNewsCo), Reigns revealed what the former Chairman of WWE told him in the personal message. Reigns started by saying that it was hard to believe McMahon wouldn’t be the one calling the shots in WWE anymore.

Anyone who has followed or been in the business would be of this opinion, he said. Reigns even expected McMahon to be running the company twenty years after the Tribal Chief had retired.

“So I think that was just, ‘Okay, we’ll see in six months or something like that’, was kind of the mindset that I initially took,” Reigns said. “Then we received the talent relations text message, and then obviously a personal message from him and we talked a little bit.”

Vince McMahon retiring from the WWE was what many believed would be an unprecedented move prior to it actually happening. However, the former Chairman had to announce his retirement publicly in July on Twitter, no less.

With McMahon gone, Reigns is still at the top spot in the company. Reigns was said to be one of McMahon’s favorite members of the roster according to reports, and he always found himself getting pushes in his career.