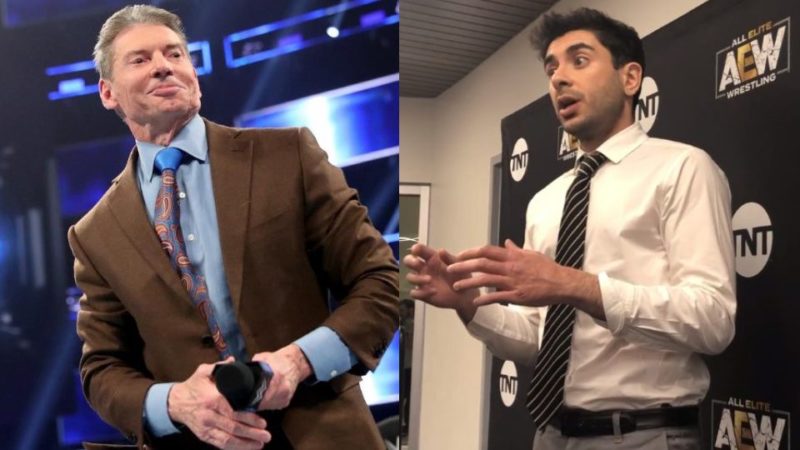 The current landscape of pro wrestling is not what it used to be and it continues to change with each passing day. It all started with AEW’s partnership with Impact Wrestling and a couple of weeks ago, the Forbidden Door was finally opened as AEW has finally started a working partnership with New Japan Pro Wrestling as well. It seems AEW is more than willing to work with other pro wrestling companies as well, and that includes WWE.

Tony Khan recently spoke on the WrestleFetish podcast, where he mentioned WWE. He said that the company is more than welcome to make a trip to Jacksonville to plan something with AEW. Vince McMahon is welcome to knock on the Forbidden Door.

“They are more than welcome. As I have said, the forbidden door is open anytime. Just come and knock. If they were to knock on the door, then I would certainly be willing to let them in.”

The hosts were taken aback by Tony Khan’s answer and then referenced WWE’s ‘invasion’ of WCW Monday Nitro during the Monday Night Wars. Eric Bischoff did not allow WWE Superstars to enter the building. However, Khan would have allowed it if it was up to him.

AEW President Tony Khan on the potential of #AEW vs #WWE in the future! #wrestlefetish 1.12.21