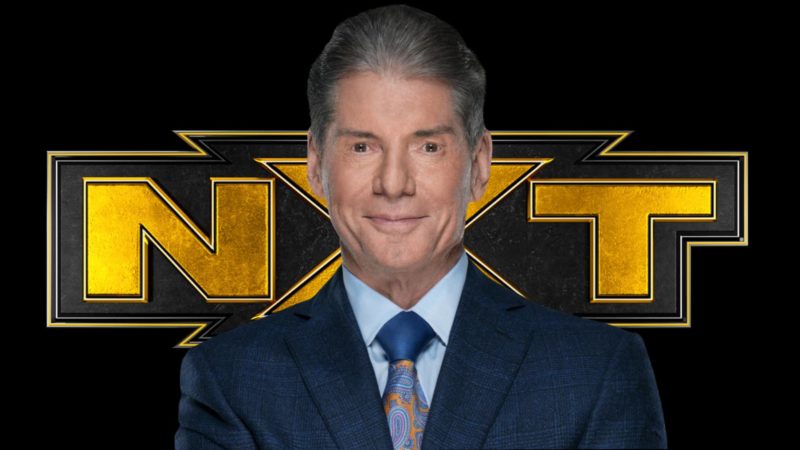 WWE Chairman recently Vince McMahon recently took over NXT and revamped it to be called NXT 2.0. Cornell Gunter, former NXT video editor and content producer guest appeared on episode 221 of The A Show on RNC Radio and spoke about Vince’s approach towards the brand. Previously, Vince McMahon’s fight with Mustafa Ali was revealed.

Gunter worked in WWE’s Content Innovation Lab at the Performance Center in Orlando. During the conversation, Cornell revealed the lead-up to the shift from NXT to NXT 2.0. He was present at the Performance Center when Vince visited and detailed what was discussed during McMahon’s meeting that he held. Gunter mentioned that McMahon’s speech was recorded and he expressed that he wanted the product to have a feel of NCAA. Nick Khan and Bruce Prichard were at the meeting as well:

So, I think so — shocked [that wrestlers were leaving NXT?] Not fully shocked. Kind of like, um, I wouldn’t say surprised but kind of just like, ‘Okay.’ Like Adam leaving and going to AEW, I wasn’t fully shocked just because of the certain things that I know he loves to do. You know, we all know Adam Cole loves to stream. It’s like — and he’s openly, publicly said it so it’s just kind of one of them things with certain people not being able to get their own itch or their own way in certain ways which is not bad, you know? If somebody wants to stream and that’s what they want to do and they wanna be able to live their life that way then they’re fully entitled to it. But I was kind of — like Kyle O’Reilly, like, ‘Oh, dang, okay.’ Johnny Gargano, I think that was the one that shocked me. Not saying Johnny’s going to AEW or whatever because I have no idea what Johnny’s doing but I think, you know, the temperature last summer was definitely like these guys are lifers.

I wasn’t expecting to see them leaving NXT ever type-stuff, you know? And then, you know, we go into this meeting and I realized NXT was gonna change at that point in time and you know, the infamous Vince [McMahon] meeting that people talk about here and there, I was actually in that meeting sitting in that meeting and I remember we all got there early as heck and Vince comes and he’s with Triple H, Nick Khan, Bruce [Prichard], the whole team and… the whole regime and it was like, we set up in the gym, we had cameras all set up because he was taping his speech and all that stuff and Vince was talking and he also — he talked about a lot of great things that for me, you know, as just a person, it made sense, right? Like he talked about certain things like how he wanted certain things to — for producers, he wants to challenge producers and coaches to think of matches differently. He wanted to challenge NXT to be different, he wanted to change the structure of NXT and he said it then and this was like, I forgot however long ago. He said he wanted to change the look, the feel of NXT. He wants it to feel like NCAA-type stuff, you know? And I was just like, ‘I understand that.’ It’s just one of those things where now looking at it, if his vision was 2.0, then man, there’s a reason why he is who he is because 2.0 has been a breath of fresh air for the wrestling industry period, especially for WWE. They made stars out of Bron Breakker, Carmelo Hayes and you know, Trick [Williams] and all these guys and girls of course or superstars and it’s like man, it just happened in the snap of a finger. So what Vince saw was truthfully, the then, now, forever and now he realized like, ‘Okay, we got these stars. It’s time to start thinking about the future’ and everything he said in that meeting came to fruition and we all left that meeting being like, ‘Wow, a change is coming.’

Gunter further disclosed that McMahon spoke to talent and staff for close to a couple of hours. Cornell clarified that people were not nervous to see McMahon at the Performance Center but instead, there was a feeling of excitement:

It’s just one of them things that even back in NXT where it was definitely like — I kind of felt bad for the people in charge down there because at one point, everything just started coming out and I’m just like, ‘All right’ and a lot — some of it could have been true and a lot of it was definitely false but I’m just like man, at one point in time, this stuff stayed in-house, you know? So when the whole Vince [McMahon] meeting happened, yes, he did come down to the P.C. and he did talk to us about a good hour-and-a-half, two hours. He did go over to the other P.C. and do a tour and look at all the talent in there and they were doing certain things over there and that did happen. Kevin Dunn came down as well. Like I said, Bruce [Prichard] was there so it did happen and at that point in time, it wasn’t like people were scared. People were excited because at that time, a lot of the new, new talent like Melo [Hayes] and all them were fresh in about a couple of months so this is the first time they probably was crossing paths with Vince in a way. So the energy in the building was cool. It wasn’t like, ‘Oh my God, our parents are home. Go to sleep.’ Like, ‘Oh my God, I’m scared.’ It was kind of exciting because the energy that Vince was bringing wasn’t like, ‘Oh, I’m here to fire people.’ It’s like, ‘I’m just here to see what’s up.’ Like, ‘What’s good? What’s happening down here?’

Speaking about Paul ‘Triple H’ Levesque, McMahon said during the meeting that he and Levesque had been talking about a change for a certain amount of time. Cornell felt that the meeting was not to show any disrespect to what Levesque created with NXT. McMahon specifically highlighted that he wanted to see a transformation in production and certain shots such as when a talent is laying on the mat and they’re being shown scooting over to set up the next move for their opponent:

When Vince [McMahon] came down, dude, he sat down, he — he basically told people his history of wrestling and why he loved it and what made him get into it and then that segued into WWE as it is today and the stuff that he wants to see in the future and it was something, you know, he said that him and Hunter talked about it for X amount of time. You know, so it was definitely something like — everybody’s now talking, making these little jokes about Hunter and I’m gonna tell you right now, that man is one of the most genuine and brightest and just — I don’t know how many adjectives I can describe somebody in such a positive light. That man is — I don’t wanna curse on your podcast but he’s the f’ing man. I’m gonna tell you that right now. So I — that meeting was never any type of disregard, disrespect to what Hunter has done, what Triple H has done, at all. It was definitely something where it seemed like a unified decision where everybody’s on the same page and everybody was understanding, everybody was going towards the same goal… again, that meeting was something where if he was challenging even people like myself who was producing and shooting content, to shoot stuff that was different and think outside the box and not try to do original, go back to basics on certain things like wrestling. Like for instance, something he did highlight was like, ‘How many times have we seen people fighting outside the ring and then somebody gets helped thrown inside? Like, oh, here, grab me. Roll me inside the ring.’ No, he said he don’t wanna see that or we see somebody lining up for a — somebody’s on the mat, somebody’s on the turnbuckle and they’re sliding over to get to their spot. So you know, that was the kind of stuff that he said he doesn’t want to see anymore. Which I’m like, I was like, ‘Yeah!’ I mean I’m pretty sure — I mean as a casual wrestling fan — I’m not gonna say ‘casual’, but as a wrestling fan, right? And the stuff that we talk about, like the small little things like that because now we’re adults, we’re not kids no more.

NXT 2.0 has been doing great thus far and Vince might be very glad with the product.