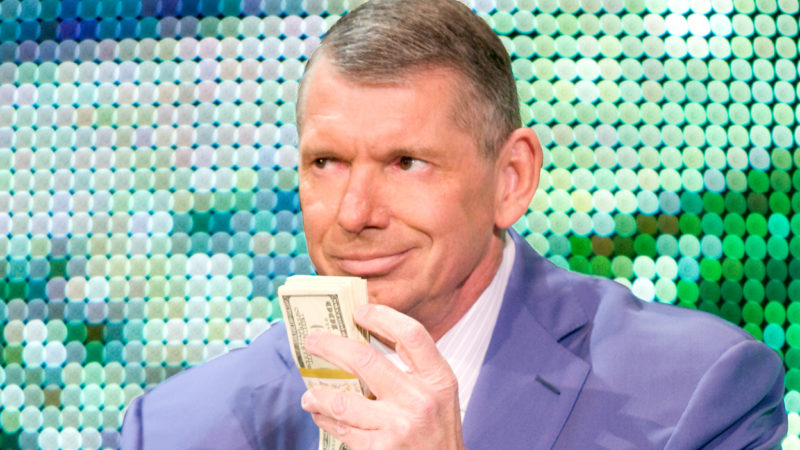 Vince McMahon is known for his crazy ideas over the years, some of which are outright absurd and most of which never came to fruition. While Dustin Rhodes is now working in AEW, he had a lot of history with McMahon. There were a few bizarre angles that never made it onto television, and one such idea was recently talked about.

During a recent episode of Grilling JR, WWE Hall Of Famer Jim Ross was talking about the Goldust character and his dynamic with Marlena, his wife at the time. Vince McMahon apparently wanted Marlena to wear a plastic penis under her dress that would not be mentioned.

“Goldust was created to be polarizing. You know, it was very polarizing and when we put and is even going to be more so, Vince was all in this, the Attitude Era coming along with the sexual characters, this androgynous guy. Was he really androgynous? Was he gay, Was he straight, Was he bisexual? We had no idea. But it was a very unique presentation to the point, and I told this to Terri Runnels one time and she was appalled, probably appalled at me.”

“I’m not sure. But Vince had an idea to have to give her a prosthetic penis to wear under her attire. Something that was never [to be] talked about. Nobody said anything. It was never focused on. It was just there. Luckily, cooler heads prevailed and that never made air and it never even happened. She wasn’t aware of it. There was a thought at one time about really going… ‘Well we’re going to go all the way, let’s go all the way.’ No, let’s don’t If we go all the way, we’re gonna step off of a cliff here. I don’t want to fall off a cliff. We don’t need to be falling off cliffs here. Let’s get close to the edge, but not quite step over it.”

It certainly would have been very conspicuous and fans would have made out what it was. Thankfully, this never saw the light of day.