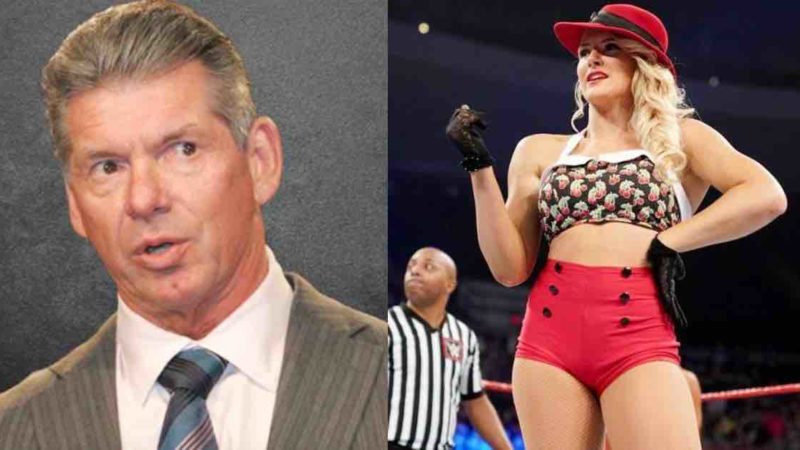 Lacey Evans was set to face Asuka for the WWE Raw Women’s Championship at the Elimination Chamber pay-per-view event, and she has revealed who came up with her WWE affair storyline. However, this plan had to be scrapped due to Evans’ legitimate pregnancy. Evans revealed the news regarding her pregnancy on the February 15th edition of WWE Monday Night Raw. While originally, the WWE Universe thought this was some sort of wrestling angle, it was later revealed that the pregnancy was in fact legitimate and Evans’ long time partner Alfonzo would be the father. Lacey Evans was upset with this WWE affair news.

During a recent edition of The Bellas podcast with Nikki & Brie Bella, ‘The Sassy Southern Belle’ Lacey Evans recalled how WWE reacted when Evans found out that she was going to be a mother for the second time, after she had brought up wanting to get pregnant before it had happened.

“They were so supportive of even the thought of extending my family. For a couple of months, I tried. All of a sudden, Vince [McMahon] has this idea with the storyline and I was like, ‘Alight, everything has been negative, sir, I’ll get back in the game.'” Vince’s idea was the Ric Flair affair storyline on WWE Raw.

“Sure enough, Sunday at 8:15, it was positive. One week to the day of Elimination Chamber. I was thinking, ‘Ughhh, this is great, but, damnit.’ You feel guilty because there are so many people working on these storylines. From the writers to Charlotte to Ric and I’m just, ‘Damn. What can you do?’ It took me from 8:15 to 8:40 on how to inform the powers that be.”

Credit to Fightful for the transcription.