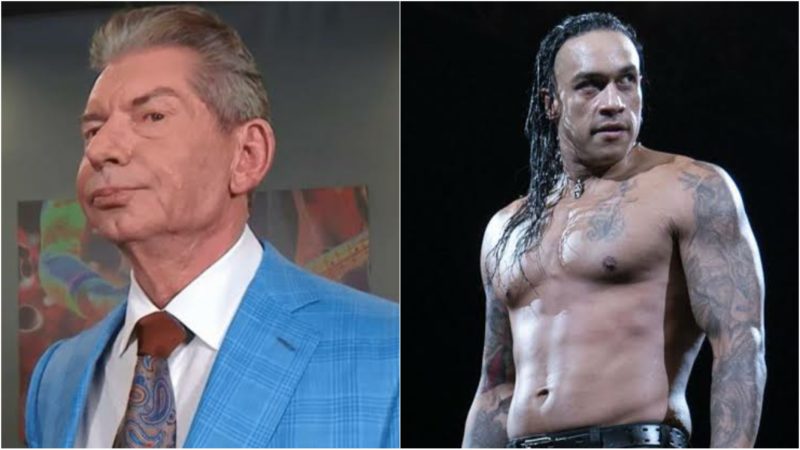 WWE Chairman Vince McMahon had once warned the NXT star Damian Priest as he revealed it during a recent interview.He also spoke about his interactions with Triple H and Vince following his WrestleMania debut.

Priest was part of the WWE WrestleMania 37 card and had teamed up with rap superstar Bad Bunny as they defeated The Miz and John Morrison in tag team bout. Bunny had showcased an incredible performance and executed a Canadian Destroyer on the outside of the ring, while he also hit a Doomsday Crossbody on to The Miz after an assist from Priest.

Damian Priest recalls how everyone reacted backstage at WrestleMania

Priest was recently interviewed by Daily DDT when he went onto reveal that Triple H, Vince and others had lauded and congratulated him following his victory at the event. He explained how emotional the moment was for him. Vince McMahon ‘Laughs’ At Major Raw Botch

“When I got to the back, one of the first people to grab me and hug me was Triple H. He said, ‘This is what I wanted for you. I knew you could do this.’ Him, Stephanie [McMahon], Vince, Bruce Prichard, Pearce all came right up to me immediately and everybody had nice things to say and congratulating me, and being genuinely happy for me for having that moment and it working out so well. That one got me to where I had to take a walk and say, ‘I need a second, guys. There’s too many emotions happening right now.’”

Damien Priest opens up on his interaction with Vince McMahon backstage

Priest mentioned that Vince had forewarned him previously mentioning how he was ‘very animated’ and told him to be careful about it. The NXT star took Vince’s advice graciously and performed well at WrestleMania.

“I wouldn’t say [he and Vince McMahon have] had a ton [of interactions], not yet, but every time I do something, I go right up to him and ask, ‘Is that what you wanted?’ He usually smiles and says, ‘Yes, thank you,’” he said. “So far, so good. I mean, I guess that’s a good thing he hasn’t had to tell me too much. I can speak to one instance when he wanted to be careful of how […] I’m very animated. He said, ‘Be careful not to be too animated. Save it.’

It is to be seen how well he will fit in the main roster, once he is called up.