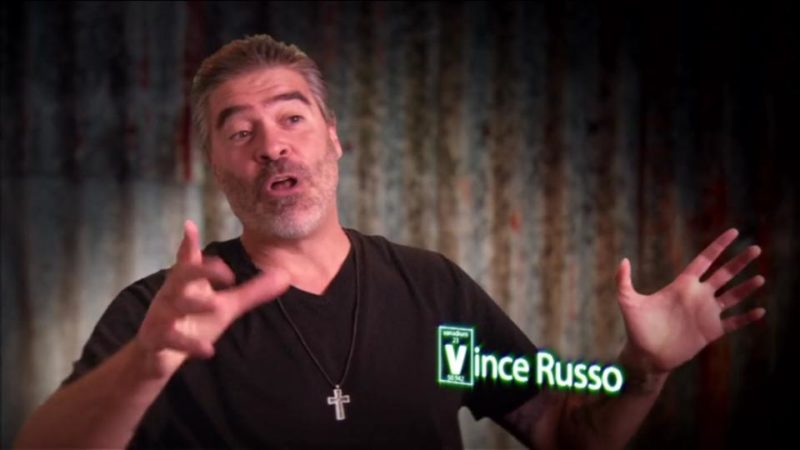 Former WWE, WCW, and TNA Creative Writer Vince Russo has posted a new blog entry about the position that WWE has put themselves in with the Hall of Fame. Here is an excerpt from the blog.

It was some time ago when I swooped in to protect the good name of my friend, Chyna, after Triple H made some unnecessary comments defaming her character on the WWE Network. Knowing that Joanie was living in Japan at the time, I wanted to give her the forum to be heard, because I felt she deserved that much. To my surprise, it was during that interview, that Chyna made the comment that Triple H hit her on one occasion during their relationship. That news blew up the internet as her valiantly protecting her name–turned to a horse of a whole different color.

That interview literally burned my bridge with the WWE. It was “suggested” by an employee of theirs that in the words of Bob Ryder, I received “nuclear” heat just by extending the forum to Joanie in order to get her voice heard. Hindsight being 20/20—I wouldn’t change my decision for the world and everything in it. I just felt it wasn’t right for Hunter—who I also thought was a friend on mind—to bully Chyna, knowing that she didn’t have a voice.

Which brings me to how all that drama started—the fictitious WWE Hall of Fame that only exists in the mind of Vince McMahon. Whether you are in, or out, solely depends on whether, or not, you have heat with him—and, him only. I can go through the laundry list of those that aren’t in the Hall, but what difference does it make any way? For the inductees, the celebration really is, “Vince likes me . . . he really likes me!” Oh, brother.

When Hunter made that statement about a kid typing Chyna in Google and finding out about her past, I knew then that those same words that he spoke out his backside, where going to come back and do much more damage than good? Why? Because there are a far amount of inductees in the Hall, that let’s just say, aren’t your model citizens. No, I’m not going to name names, because that’s not the point, the point is that by using the WWE Network to bury Chyna, Triple H has now buried the company that he so loves—to an even greater degree.

What I’m talking about are the three most current instances involving WWE Hall of Famers; Tammy Sytch, Hulk Hogan and Jimmy Snuka. Depending on how you want to rate their “Dirty Deeds”, I wonder in Hunter’s view, if the actions of his ex—because she needed to make a living—were more severe than the actions of, more notably, Hulk and Super Fly. I take Sunny out of that equation, because like Chyna, Sunny is currently making a living by using her “assets” in a way that is profitable. And, I LOUDLY applaud Sunny for standing up to the WWE juggernaut–when word on the street was that they weren’t happy with the Hall of Famers choice of work–and stating that since the WWE was in no way, shape, or form, currently financially assisting her—she was doing what she had to do to earn an income, and really didn’t care what they thought. Good for her.