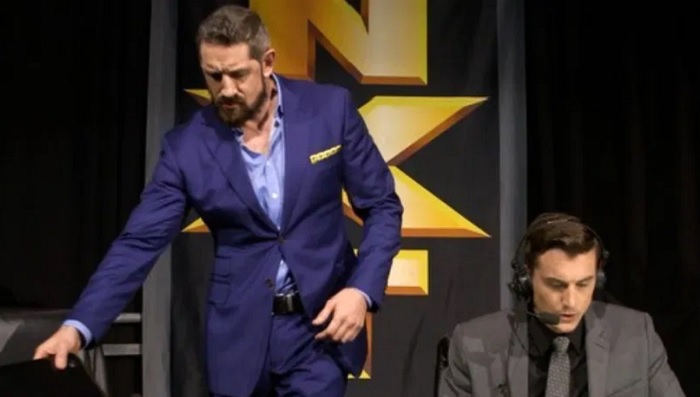 Wade Barrett was a recent guest on the Gorilla Position podcast to talk about his departure from WWE in 2016, and claimed he never technically retired from in-ring competition in the pro wrestling business and spoke about the possibility of getting back inside the squared circle in WWE or NXT.

Featured below are some of the highlights from the interview.

“I haven’t had much communication with WWE since I left. We didn’t leave on bad terms but similarly, I think I needed to get away from them. I think they were quite happy to have some time to myself, shall I say. I think it was best for both of our sakes to be away from each other for a while. But, at the beginning of this year, I got a call from the talent relations department. They were talking to me about the 10 year anniversary of Nexus and maybe doing something at WrestleMania for that. It didn’t really appeal to me at the time with the pitch and the idea they had. So I declined that. Then a few months later, I was out of work. I wasn’t doing anything with NWA where I had been broadcasting. I got a call from Tom Phillips and Michael Cole telling me about the possibility of working with them again. I always had a good relationship with those two. I liked the sound of it. I love doing commentary. Triple H and William Regal are also people in my chain of command and they are two people I always got along great with and I have a lot of respect for. It was a very easy decision to agree with for talks to proceed.”

On how he has some gas left in the tank:

“I never retired from the ring. My focus at the moment is 100% purely in broadcasting and working in the NXT and telling stories verbally. I will tell you there is some gas left in the tank. That’s not to say 100% I will be back in the ring. Maybe I never will. But if the right opportunity presents itself at the right time, then I could see something happening.”

Check out the complete Wade Barrett interview from the latest episode of the Gorilla Position podcast via the link in the tweet embedded below.

On this week's #GorillaPosition, @NXTUK recaps, #NXTTakeOver fallout, #WWERAW & #SmackDown thoughts, PLUS NXT commentator and all round wrestling legend @StuBennett drops by for a chat!