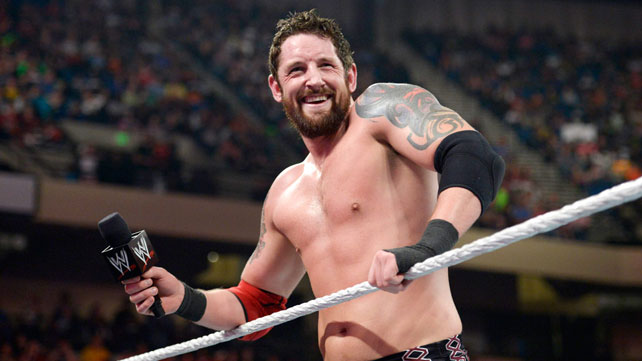 Former WWE Star Wade Barrett recently appeared on the Art of Wrestling podcast of Colt Cabana where he talked about his wrestling career in detail.

Talking about his time in WWE developmental, Barrett recalled how he became friends with Sheamus and Drew McIntyre but he started getting worried after the two started receiving more opportunities than him.

So the former Nexus member was worried that he won’t last in the company for long and this is when Dusty Rhodes entered the scene by offering him a gig at the commentary table:

“But, I got a really lucky break. Dusty Rhodes really liked me, I bonded with him. He was the color commentator on the TV show. Dusty was writing the show, and he was doing the commentary too, so his hands were really full. He was like, ‘I need to step back from this a little. Let’s try some guys [on commentary].’ One day, he says, ‘Hey Stu, you’re doing color commentary today on the TV show.’ I was like, ‘No. Really, you need me?’ He was like, ‘I like the way you talk, go do it.’

Six months later, he was still in WWE and doing color commentary and it gave him the initial burst of confidence that helped him in his WWE career later on:

“So, about six months later, I was doing color commentary on the FCW show, and I loved every second of it. I got that initial burst of confidence. I loved that I was having so much fun, making up stories with people…It allowed me to be creative and get this confidence and freedom. It was one of the happiest periods of my career, just doing that.”