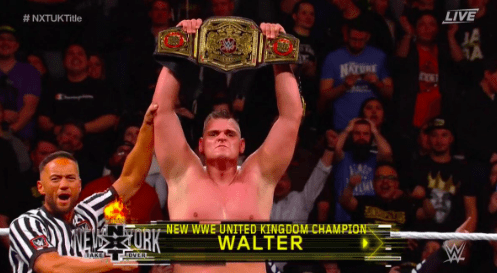 Pete Dunne’s 685-day reign as the United Kingdom Champion is finally over. At NXT TakeOver: New York, the Bruiserweight was defeated by the mammoth known as WALTER.

In a brutal match, Dunne and WALTER took the hot Brooklyn crowd by storm and fired on all cylinders to defeat each other. After a plethora of near falls, finisher kick-outs and WTF moments, WALTER finally hit a devastating combo of a top turnbuckle powerbomb and a top-rope splash to end things and become the NEW NXT United Kingdom Champion.