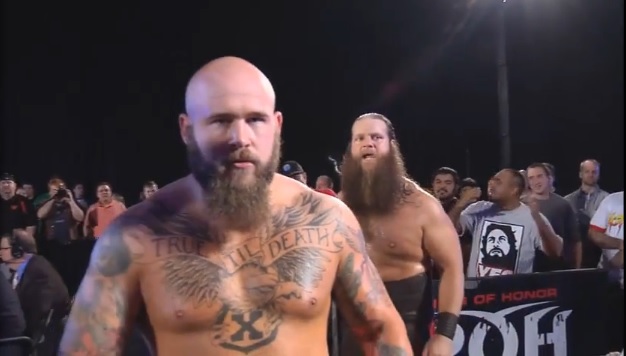 WWE brought in one of the heaviest hitting tag teams in the world this year with the addition of War Machine. The deadly duo has been making their rounds at NXT house shows since their signing, and recently have acquired a new name.

War Machine participated in a dark match before NXT TakeOver: New Orleans where was revealed that they are now going by “War Raiders.”

Raymond Rowe would eventually confirm the name change on Twitter later on in the night.