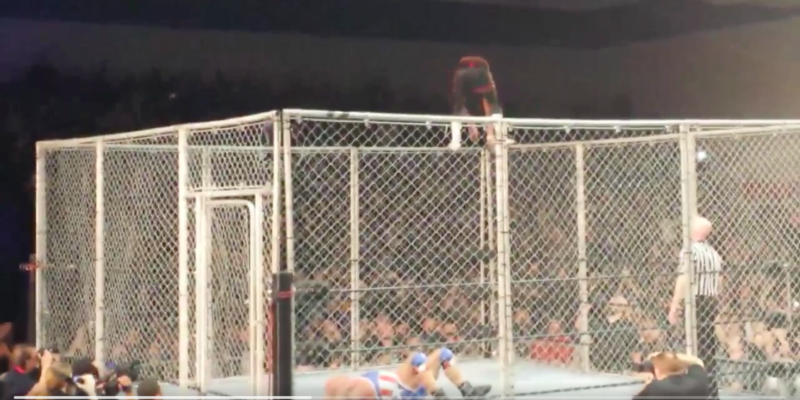 The bout is reported to be Angle’s last independent wrestling show before he is inducted to the Hall Of Fame, and possibly returns to WWE TV in a more regular role. The event also featured appearances from the likes of Jerry Lawler, The Godfather, Ryback, as well as Mike & Maria Bennett, however, it was Rhodes’ attempt at a moonsault on Angle off the top of the cage that stole the show.

Cody would go on to win the match and offer Angle a spot in The Bullet Club. You can check out the insane maneuver here: