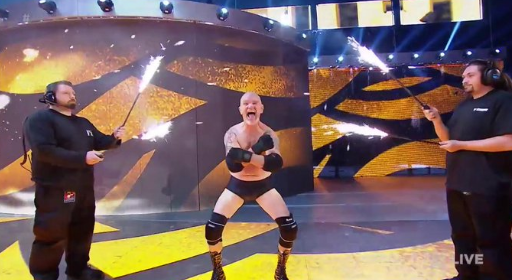 During the Festival of Friendship segment on last night’s (Mon. February 13, 2017) episode of WWE Monday Night RAW, former WWE Light Heavyweight Gillberg made his return to WWE TV only to be destroyed by Kevin Owens. You can check out Gillberg’s return here:

Goldberg took to Twitter to react to Gillberg’s return, and wasn’t too thrilled about the idea: