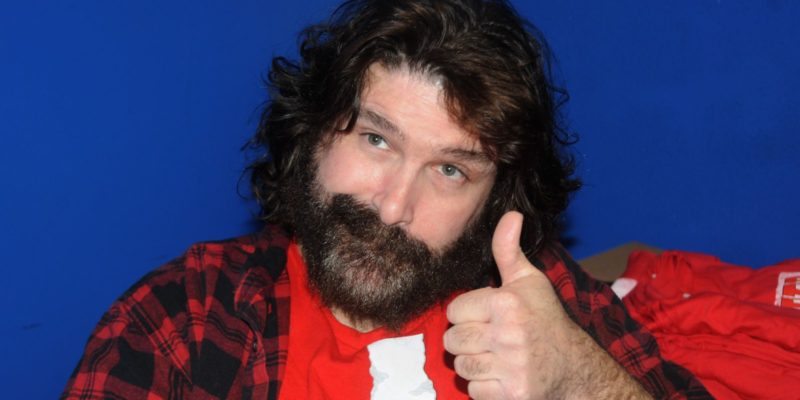 During Monday Night RAW’s “Mick Foley has feelings” segment earlier today (Monday November 28, 2016) RAW General Manager Mick Foley was in the middle of yelling at Sami Zayn for attacking Braun Strowman and getting beat down as a result. While ripping Zayn a new one Foley got a little too carried away and……well….

"Right now, I'm not looking at a hero … I'm looking at a guy that's in my way!" – @ILikeSamiZayn to #Raw GM @RealMickFoley pic.twitter.com/stNCS1sMUR

Foley’s daughter, Noelle, was quick to respond to this on Twitter:

Mick himself would also address the accident:

Yes, that was my bottom teeth (my HIAC teeth) falling out on live TV! Just means @iLikeSamiZayn brought something out in me. #RAWCharlotte