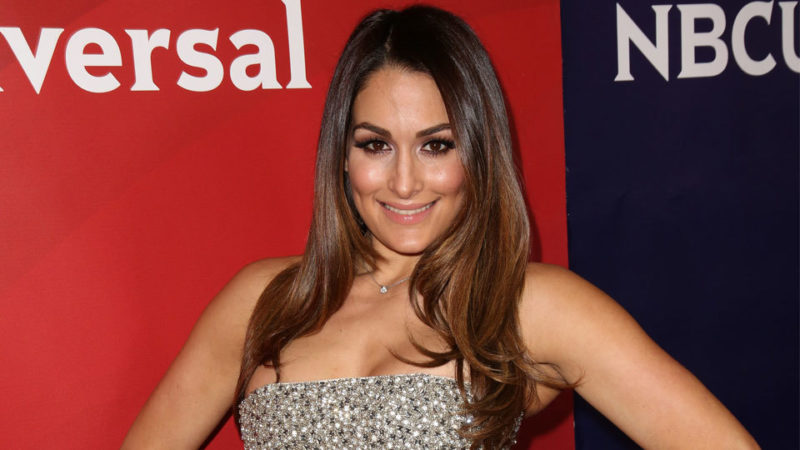 It’s the Fourth Of July so crack open a cold one and watch some fireworks. But don’t forget to tune into SmackDown Live tonight because John Cena is coming back and we’re sure there will be plenty more action where that came from. Now that we’re in the mood to celebrate America Nikki Bella is making it all that much easier to be alive as she took her YouTube audience into a behind the scenes tour of a recent photo shoot.

Nikki said she wanted to put on a Fourth Of July photo shoot like other girls have on Instagram so she did it. She has the money after all. She hired a professional photographer named Mario and it looks like he turned out some great pictures. Then again he’s shooting Nikki Bella so it probably doesn’t take a whole lot of skill to make her look good because she kind of does that on her own being Nikki Bella.

We don’t know when Nikki is expected back in the ring but her boyfriend… sorry, fiance John Cena is scheduled for a return tonight on SmackDown Live. There are rumors he might be headed into an interesting SummerSlam program with Rusev or possibly another big name so we’ll just have to see how John Cena being a free agent will change things. He’s scheduled for Raw house shows on the 15th and 16th in Huntington WV and Louisville KY so there very well might be a chance he’ll pop in on Raw whenever he wants to.

It would be great to see Nikki come back to the ring, either brand could use her star power for sure. But for the time being Nikki Bella looks happy enough to be spending her time doing photo shoots, filming for her two reality shows that she also produces, and being John Cena’s intelligent arm candy whenever he’s needed at a red carpet.

So have a safe and happy Fourth of July from Wrestling-Edge and Nikki Bella.