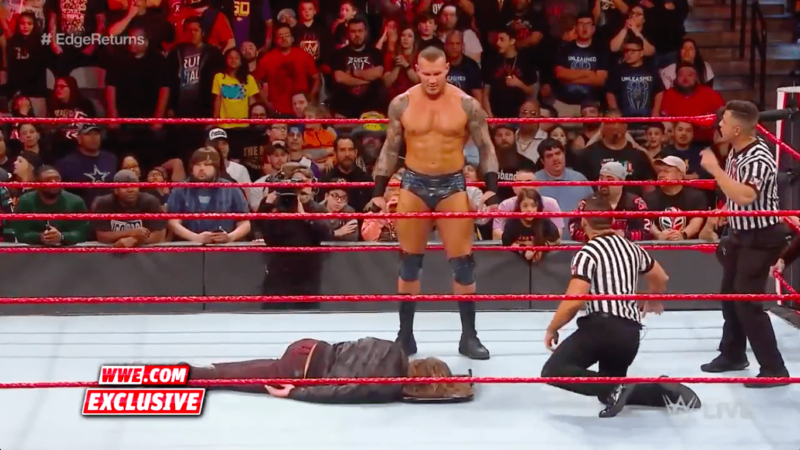 As we reported earlier, WWE released an official storyline “injury update” for Edge after he was attacked by Randy Orton on RAW. The returning Superstar was at the receiving end of devastating chair shots to the head by Orton.

Now, the company has released additional footage of what conspired on RAW after the cameras stopped rolling. The footage shows the arrival of officials and medical staff who quickly put Edge in a stretcher as Orton does his trademark poses and watches from afar.

The Viper then exits the ring and makes his way to the back. The officials and medical staff then take Edge to the back on a stretcher where R-Truth, Rey Mysterio, Natalya, Zack Ryder, and Curt Hawkins gathered around and tried to check up on their unconscious friend.

Soon, Edge was put into an ambulance and taken away to a local medical facility as previously reported. You can check the entire footage for the aftermath of the final segment from RAW here: