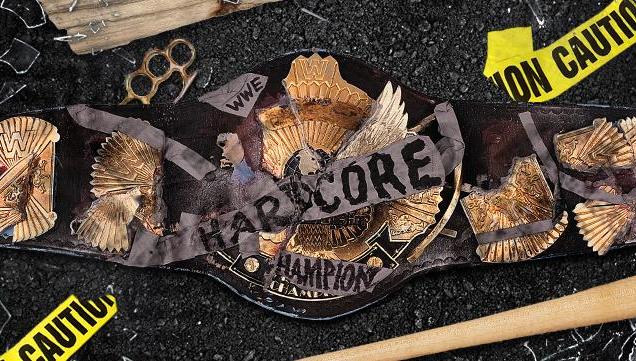 Good Evening wrestling fans and welcome to the second segment of What If? This is an article about the What If’s? Of course, WWE won’t give us what we want because our wants are not, “What is best for business”. So, we will make it “our business”. Without further ado, What If…the Hardcore Championship Returned?

Oh, to be a kid again and enjoy the Attitude Era. Story lines had no limits, and anything goes. One thing fans specifically loved about the Attitude Era was the Hardcore Championship. The rules were simple, anything goes, defend it 24/7 and bring your own referee. The belt changed hands 240 times in its four-year history. Four women held the Hardcore Championship as well: Trish Stratus, Molly Holly, Terri Runnels and one of The Godfather’s hoes. The excitement was intense, and it always guaranteed a non-PPV title change.

The question to ask is who would be the new first holder? That is a simple answer, Dean Ambrose. He is currently in a story line, being manipulated by Dolph Ziggler, Drew McIntyre and Braun Strowman. It’s obvious that the Lunatic Fringe will soon drop the Shield and go on a solo run. Why not have the most hardcore man on the roster bring it back? It’s a simple storyline, he turns his back on his brothers since he is unable to have a title run and feels like a third wheel protecting their Championships. The back turn enables Braun Strowman to capture his first WWE title and costs Seth Rollins his Intercontinental title the following week. Raw goes off the air watching Dean walk into Baron Corbin’s office, slamming the door on the camera

Next weeks Raw would open with Dean’s music and he comes out dragging Mick Foley onto the stage, hits Dirty Deeds and calls for a referee. The ref is confused but counts to three and Dean walks off backstage, leaving us confused. Baron Corbin comes out and calls Dean back out. Dean walks back out and Baron raises his hand and tells us the story of how he promised Dean a title shot, if he helped separate the Shield. Corbin goes on to explain, the reason Mick Foley was brought here was not for a fan appreciation but to remove the title from above Mick’s mantel. We find out that there will be a No Holds Barred tournament tonight for the WWE Hardcore Championship.

Dean grabs the mic and explains that he is sick and tired of playing by the rules. He is sick and tired of people claiming to be a fighting champion. He breaks down the rules and says that’s what a champion should do. Who cares about Monday And Tuesday nights? This is every day and every night. He explains how he does not fit in with the Shield anymore. He does not belong anywhere. He is a loner just like the lone wolf. Wolfs stick together in a pack but you can never turn your back on the pack because the pack always wants to challenge the leader. He drops the mic and walks away with his Championship.

A few moments later Dean is backstage explaining why he dumped his brothers, when a prior Hardcore Champion named Goldust, comes out and attempts to fight Dean backstage. The fight is pretty intense, but Dean comes out on top. He screams, that’s what I’m talking about 24/7. That is how you defend a title.

It’s the perfect way for Dean to dump the Shield and return to the heel Lunatic Fringe. Of course, Dean won’t have the title for long. It’s a great build up and a great way to bring excitement and a change of scenery (same matches every week). It enables the female superstars to have another title from time to time and really push the Mixed Tag Team Challenge. The females can steal a pin fall and have the title on their side for a while. It gives 205 and NXT superstars a reason to arrive on Raw or Smackdown. The Hardcore title really opens the door for some amazing story lines. However, we can only hope WWE would at some point drop the PG wrestling.

Let me know what you all think. Would you like to see the Hardcore Title make a return? Is this a story line you would like to see? I’d love to see your comments below and will respond and interact. Since my last article is becoming a slight reality maybe we will see the Hardcore Championship again.